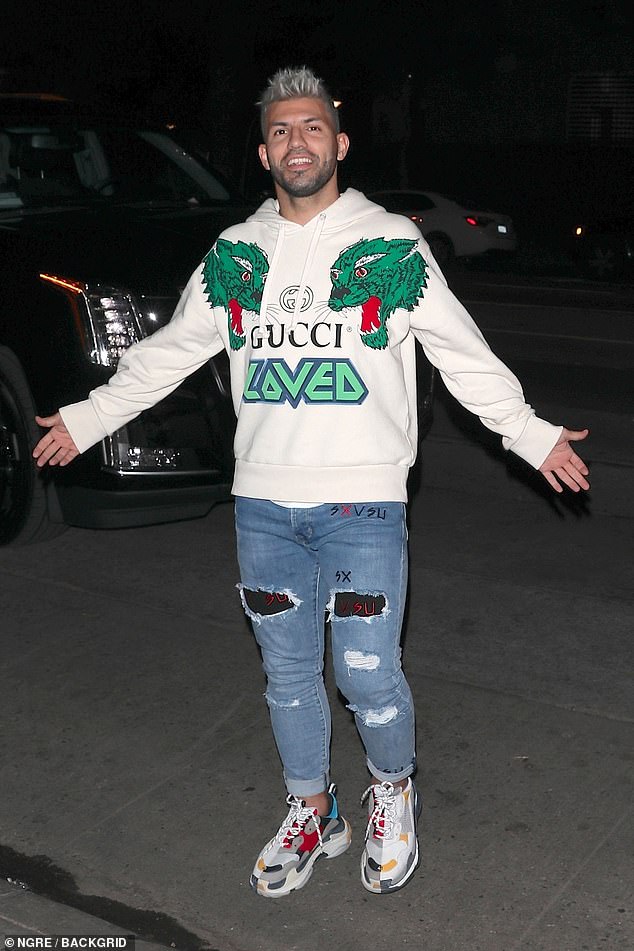 Sergio Aguero may have been exiled from the Argentina squad following the country’s chaotic summer in Russia during the World Cup.

But it looks like he has found other ways to enjoy the international break.

Aguero continues to be ignored at international level and has been left out of the squad again ahead of their matches with Mexico this month.

This is despite his impressive form for Manchester City this term, netting 11 goals in 15 games including in the derby victory over Manchester United on Sunday.

With City not due to play again until November 24 when they take on West Ham United, Aguero has decided to make the most of the international break with a trip to the United States.

The striker was pictured out on Monday night in Los Angeles with a mystery woman as they went to the Peppermint night club. 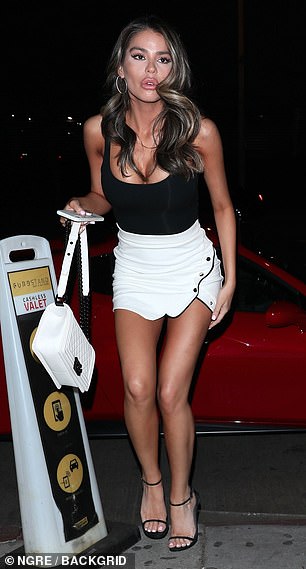 Aguero has kept his silver dyed hair following his trip stateside as he went out in West Hollywood wearing ripped jeans and Gucci hoodie. 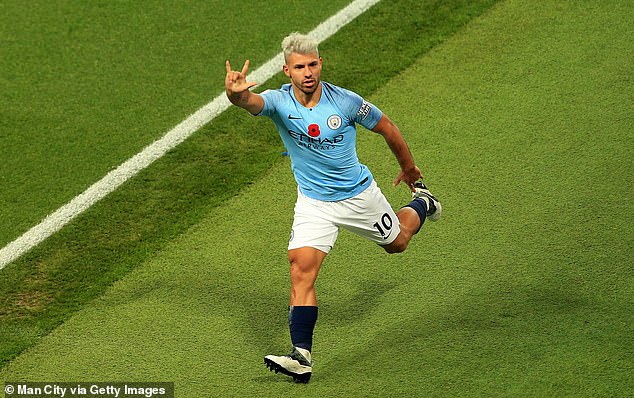 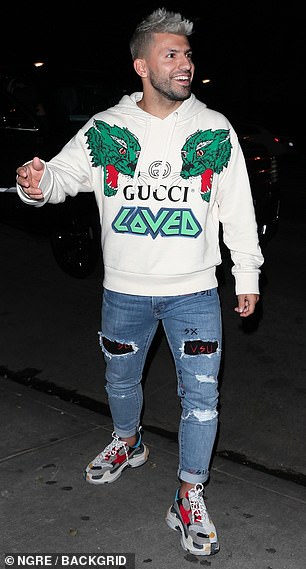 The City striker’s trip to the United States has been well earned with City having enjoyed an excellent start to the campaign.

The Premier League champions top the table after 12 games and have not lost a domestic match since April.

Pep Guardiola’s side are also on the brink of reaching the last-16 of the Champions League, with a point from their final two group games enough to see them through to the knock-out stages.