Kylian Mbappe and Antoine Griezmann made sure to make time for fans as the France squad met up ahead of the international fixtures.

The star duo patiently signed away autographs for the masses, upon arrival at the squad’s Clairefontaine base.

Striker Ousmane Dembele was also present, called up by the national side despite his recent controversial omission by club side Barcelona for failing to turn up to training. 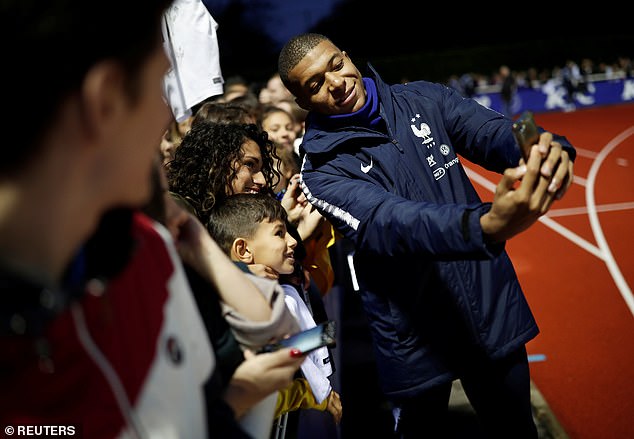 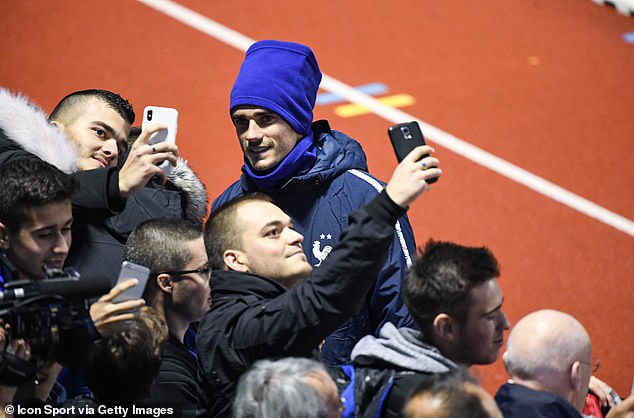 Dembele was left out of Barca’s recent match-day squad, when the side were given a shock by Real Betis and defeated 4-3 at the Nou Camp.

France manager Didier Deschamps has issued a warning to the youngster, telling him his attitude must improve.

‘I haven’t talk with the staff of Barcelona because I don’t interfere in the daily business of clubs,’ Deschamps told a media conference.

‘It’s their responsibility and it’s up to them to manage their players, on and off the field.

‘Ousmane has been with us for a while. That’s his usual trick to be late, but in his defence, I’m sure he’ll say: ‘I’m not the only one.’

‘Whether at a big club like Barcelona, in the French national team or elsewhere, he has to pay attention to that.

It’s part of the life and requirements of a professional footballer.

‘He must improve to prevent it from becoming negative. These are situations that can be repeated. The sooner he understands that, the better for everyone.’

France have been dealt a large blow with regards injuries, after losing Manchester United duo Anthony Martial and Paul Pogba.

Les Bleus attempted to call up Arsenal’s Alexandre Lacazette to replace Martial, but was informed by the striker that he too was not fit enough to feature.

Manchester City defender Benjamin Mendy has also pulled out of the squad citing an injury concern.

France will face Holland in a UEFA Nations League match on Friday, before going up against Uruguay at the Stade de France the following Tuesday in a friendly.