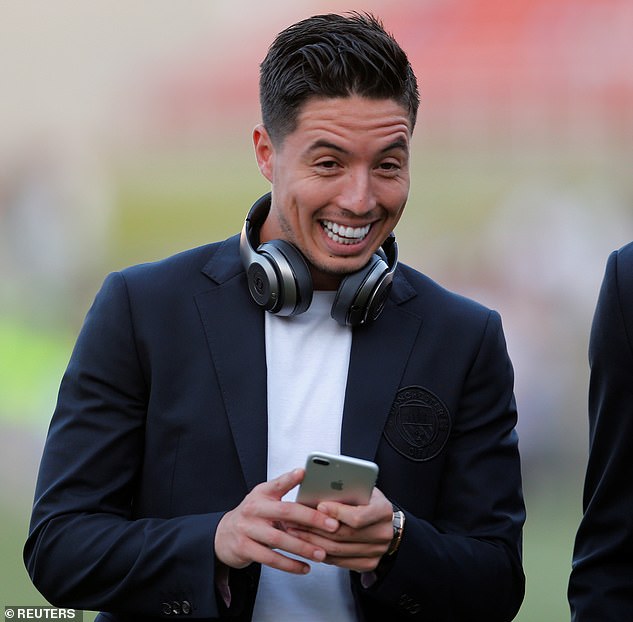 Samir Nasri has moved a step closer to joining West Ham as the free agent is undergoing a medical with the Premier League outfit.

The Frenchman has demanded £5million a year to join West Ham once his drugs ban comes to an end in December.

Nasri was hit with an 18-month suspension after receiving an intravenous drip treatment at a Los Angeles clinic in December 2016 which breached World Anti-Doping Agency rules.

The 31-year-old is keen on the move but is insisting that his salary demands are met. The salary works out for just under £100,000-a-week.

Everton manager Marco Silva had discussed a move for the player with his back room staff but Nasri did not fit the age profile of players that the Merseyside club want to do buy.

Nasri has also told advisers he fancied a move to the MLS in America but the former France international cannot earn the money he wants in the States.

West Ham boss Manuel Pellegrini wants extra fire power up front and worked with the player before at City.