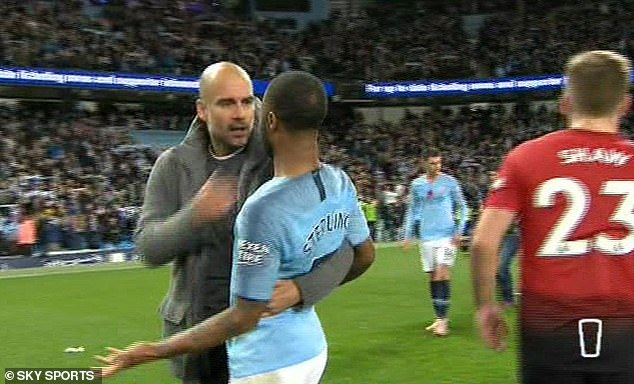 Pep Guardiola headed over to have a strong exchange with Raheem Sterling, moments after Manchester City were confirmed victors in their crunch derby with bitter rivals United.

As the clock ticked down into the final moments, with City 3-1 to the good courtesy of a late Ilkay Gundogan goal, Sterling found himself in possession deep in the United half.

After trading quick passes with Leroy Sane and Phil Foden, to the shouts of ‘ole’ from the City supporters, Sterling appeared to showboat with the ball before quickly being challenged.

Sterling’s actions appeared to irk United midfielder Juan Mata, who went over to the England international to express his displeasure as the final whistle sounded out.

Things appeared to have calmed down, before Guardiola headed over onto the turf and pulled Sterling into a close hug, before speaking animatedly at his winger.

Confusion spread across Sterling’s face, who appeared to quickly plead his innocence with whatever had caused Guardiola frustration.

After the game, Guardiola said: ‘It’s not just the best way defending back, because everything can happen. But he made some movements with the legs, we can avoid it, but he’s young and he’s going to improve.’ 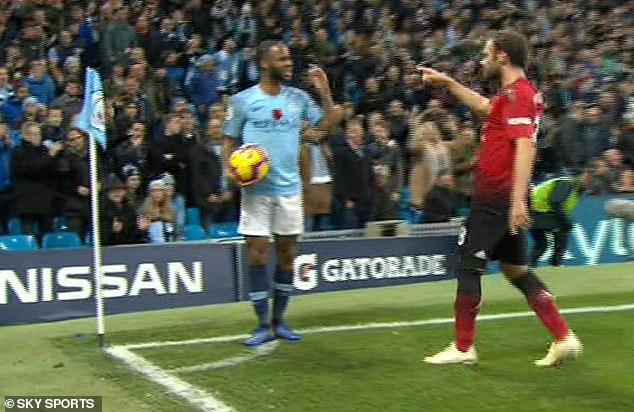 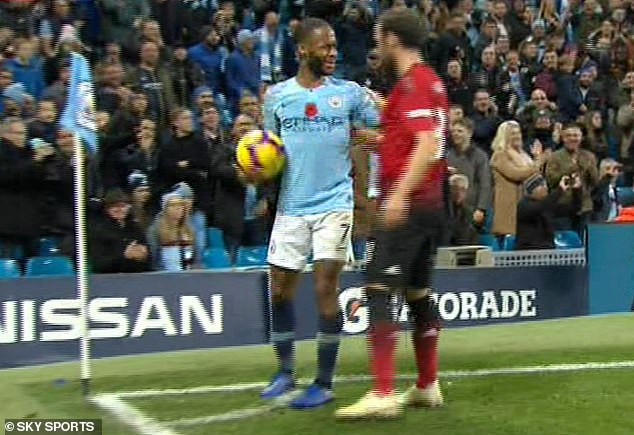 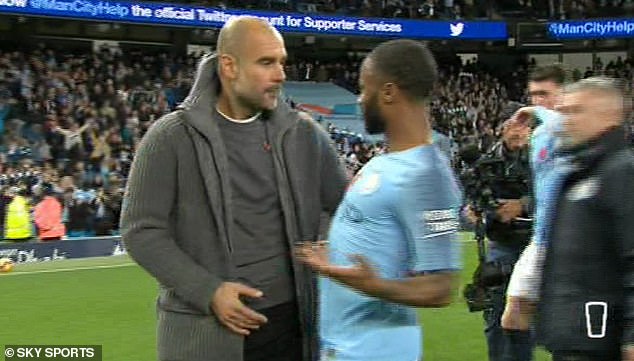 Sterling played a large role in the game, contributing to City’s opening goal after 11 minutes with a fizzing cross to find Bernardo Silva.

The Portuguese playmaker’s pull-back was quickly controlled by David Silva, who lashed the ball into the United net.

Victory sees City sit at the summit of the Premier League table, with a two-point margin over closest rivals Liverpool.