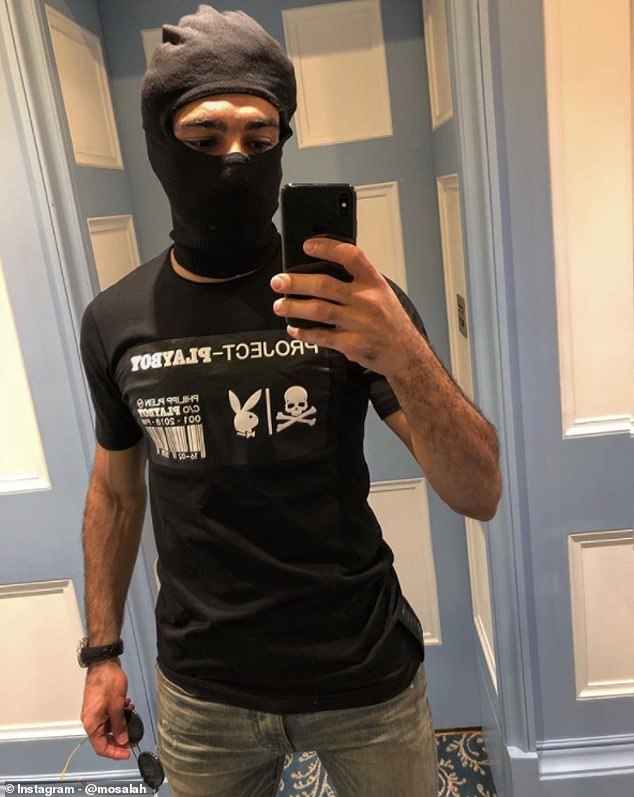 With Premier League players now heading around the world for the international break, Salah is one step ahead and has purchased a balaclava to protect his identity.

Wearing a t-shirt adorned with a Playboy bunny and a skull and crossbones, the Liverpool forward posted a mirror selfie on Monday.

e captioned his post with the words, ‘Travelling Incognito’ ahead of his flight to Egypt for what was initially the first of two games for his country in the next fortnight.

Instead, there will now only be one after their friendly with the United Arab Emirates was cancelled at short notice, and rearranged for March.

Egypt will play Tunisia on Friday at the Borg El-Arab Stadium in Alexandria, before Salah will head back to Melwood in a boost for Liverpool supporters.

The Reds have Watford away on their return to Premier League action, before a huge week of fixtures which includes Paris Saint-Germain away in the Champions League before they host Merseyside rivals Everton on the Sunday.

Salah’s lack of international game-time is likely to be a huge boost for Jurgen Klopp and his team, with a fresher star man returning from northern Africa.