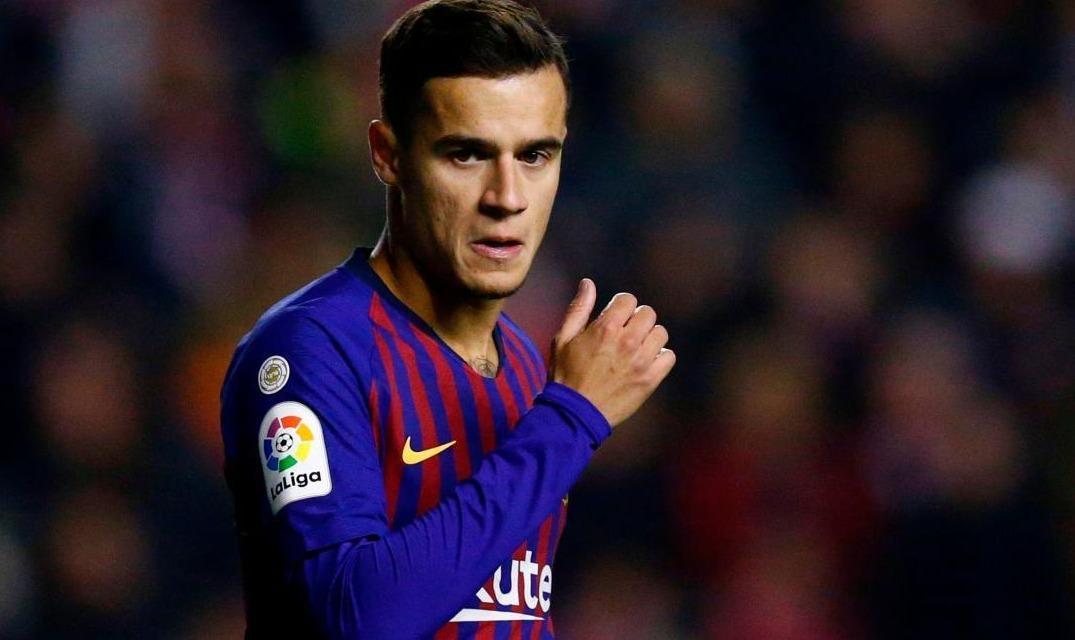 Barcelona face yet another injury blow as Philippe Coutinho has been ruled out for ‘two to three weeks’ following a hamstring injury.

The Nou Camp side have been without Lionel Messi for two La Liga matches with a broken arm — as well as their Champions League draw away to Inter Milan.

And they now face the prospect of having key playmaker Coutinho, 26, out the squad with a hamstring problem.

Barcelona’s official website confirmed the news, saying: “Tests performed on Thursday morning have confirmed that Coutinho has a small rupture in his left biceps femoris.”

Despite the current La Liga leaders being without Messi for the El Classico two weeks ago, striker Luis Suarez stepped up to the plate scoring a hat-trick in their 5-1 drubbing of Real Madrid.

Coutinho opened the scoring for Barcelona against their rivals while also netting on four occasions in his 11 league games.

The injury to Barcelona’s No7 may offer much needed game time to fellow Brazilian Malcom, who signed from Bordeaux this summer for £36.5million.

Malcom has struggled for form and minutes this season with the winger making just four appearances, not managing one start.

However, luck may be with the 21-year-old as he bagged his first goal for Barcelonahaving come off the bench against Inter Milan to put his side ahead having been on the pitch just 90 seconds.

Despite rumours linking Malcom away from the Nou Camp, with Coutinho’s injury and the midweek goal in Europe, an opportunity for the winger to prove himself may have materialised.