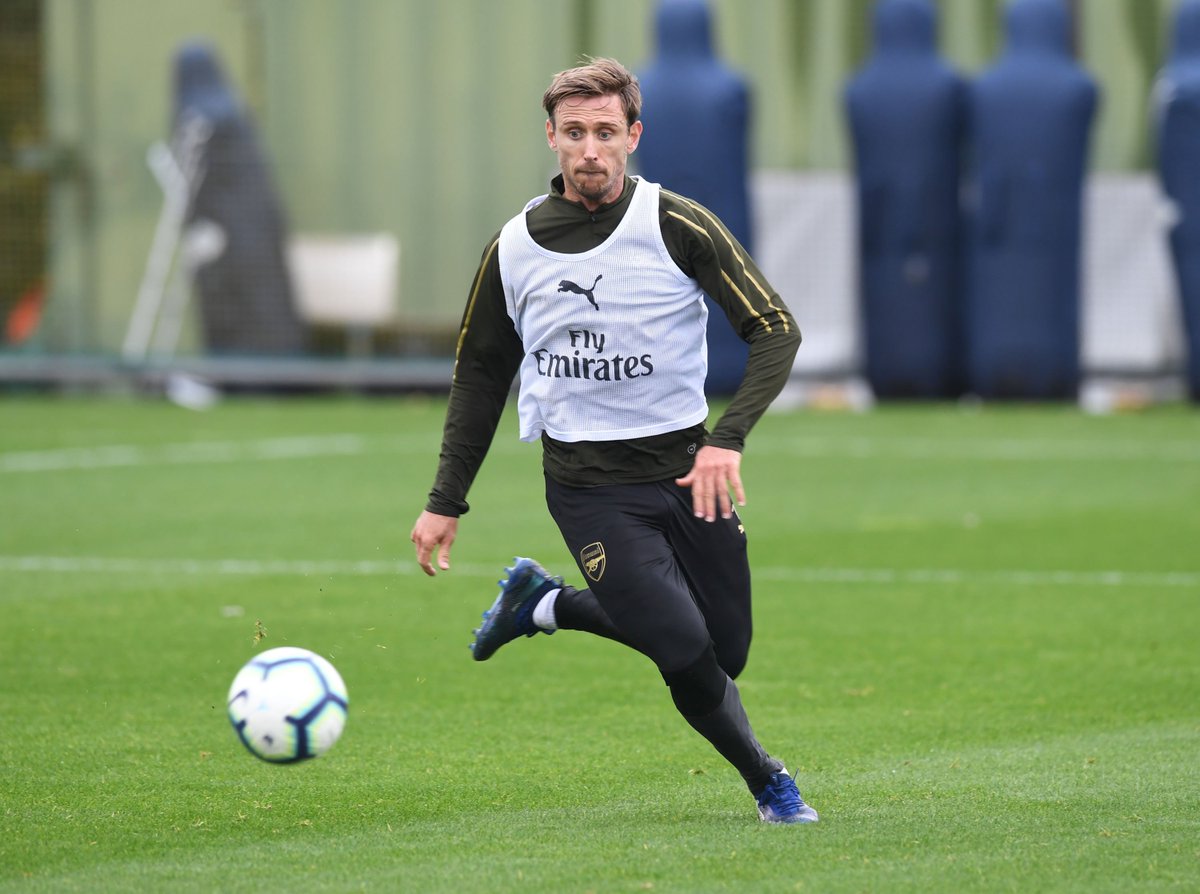 Nacho Monreal will not be fit for Arsenal’s Europa League clash with Sporting Lisbon tomorrow night.

The left-back, 32, has not played for a month and trained on his own today after losing his race to be fit.

It means Sead Kolasinac is expected to retain his place in defence after starting the 1-1 draw with Liverpool on Saturday.

Unai Emery, though, had more positive news on Laurent Koscielny, who last played on May 3 when he ruptured an Achilles tendon against Atletico Madrid.

The Arsenal boss said: “At the moment we continue to have injuries for [Konstantinos] Mavropanos and Koscielny, he is getting better training with us.

“Koscielny feels better in each training. He is more close to being with us for competitive games.

“We are happy with him, he is with us every day and we are going to think after the international break how we continue working and playing games.

“Nacho we are taking precaution with. We don’t want to repeat the same injury. He is starting to train but not doing all with us. He is injured for tomorrow.”

Arsenal have won all three of their Europa League games so far this season and can qualify for the knockout stages tomorrow.

But Emery knows Sporting pose a threat to his side despite the Gunners winning 1-0 in Portugal last month.

He added: “This competition is very important for us, it is a title and one way into the Champions League next year.

“They have very good players. They changed the coach but it’s a very big match for them in their thinking about getting the first position.

“We will go into the game with big respect for them.”