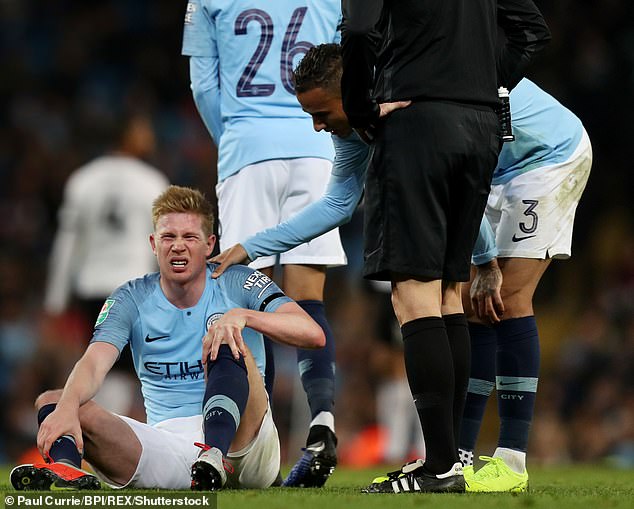 Manchester City manager Pep Guardiola was left hoping Kevin De Bruyne has not suffered another injury setback after his side eased into the quarter-finals of the Carabao Cup.

City’s teenagers shone in Thursday’s 2-0 win over Fulham, with Brahim Diaz scoring a brace – his first senior goals for City – while Phil Foden went close twice and impressed with his intelligent passing in midfield.

De Bruyne made only his second start of the season following knee ligament damage but limped off in the last five minutes after falling awkwardly in a clash with Timothy Fosu-Mensah. 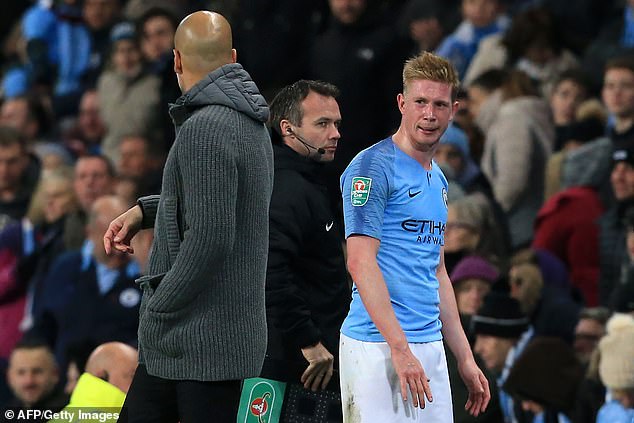 ‘He’s being checked with the doctors so I don’t know right now (how he is),’ Guardiola said.

De Bruyne returned sooner than expected from his initial injury, coming on as a substitute against Burnley last month, then starting against Shakhtar Donetsk and featuring as a substitute in Monday’s win over Tottenham, but Guardiola felt Thursday’s win was the moment he was back to his best.

‘I think today Kevin is back, the Kevin we know,’ he said. ‘He spent a lot of time injured but made a huge effort in Donetsk against Shakhtar and played a few minutes against Spurs in a difficult situation because of the pitch and the physicality.

‘Today again he was involved with everything offensively and defensively, so hopefully what happened in the last minutes is not serious.’

The night belonged to City’s youngsters, and particularly Diaz who has been linked with a move away from the club at the end of the season.

Guardiola reiterated his desire for the 19-year-old to stay, and said Thursday’s performance did nothing to change that.

‘He knows the desire we have and what we want for all the young players,’ he said. ‘They know how we want to protect them and to try to help them understand the way we want to play.

‘We want him. In the end it won’t depend on us, it is them. It is the agent, him, his family, they will decide.

‘My opinion does not change because he scored two goals, or because he does not get selected for any Premier League games. The opinion is so high.’

While City progress to a quarter-final against either Leicester or Southampton, Fulham are still looking for a spark after a fifth straight defeat.

‘It is a really important game for both teams,’ manager Slavisa Jokanovic said. ‘But it is not the last game in the Premier League. We are going to try with all our intention to win the game, to go with a positive intention, to be competitive and to fight hard to win this game.

‘But it is not the last game. Victory can be an important step for us but it is definitely not the last step.’