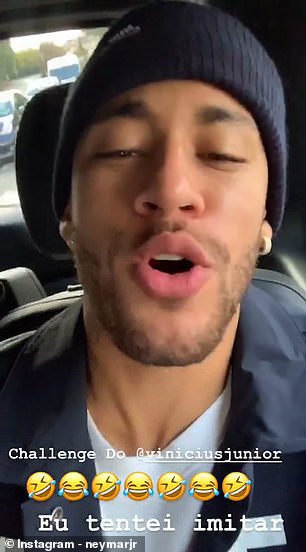 The Brazilian forward posted two videos of himself singing Atrasadinha by Felipe Araujo on to his Instagram story and referred to Vinicius Jr.

The Real Madrid starlet had put a video of himself singing the song at the beginning of October on to the social media platform, but he appeared to remove it. 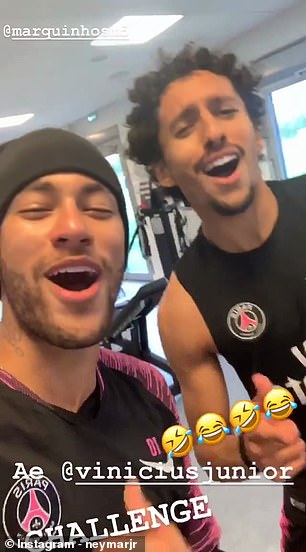 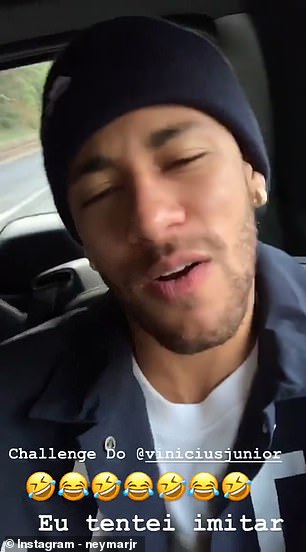 On Tuesday, alongside several laughing crying emojis, Neymar wrote: ‘Challenge of @viniciusjunior, I have tried to copy you.’

Neymar seemed to be enjoying himself trying to imitate Vinicius Jr’s rendition in both clips.

The 26-year-old forward managed to get PSG team-mate Marquinhos involved in the second video.

Vinicius Jr shared Neymar’s story and responded to him by playing the song but does not sing. The caption read: ‘Not today @casemiro @neymarjr’.

Neymar has scored 11 goals in 13 appearances for the Ligue 1 side so far this season while Vinicius Jr has played just twice in La Liga for Madrid.

The 18-year-old may be involved more under caretaker manager Santiago Solari.

Solari said on Tuesday: ‘Will Vinicius play more? He is another player in the first-team squad, just like the rest.’