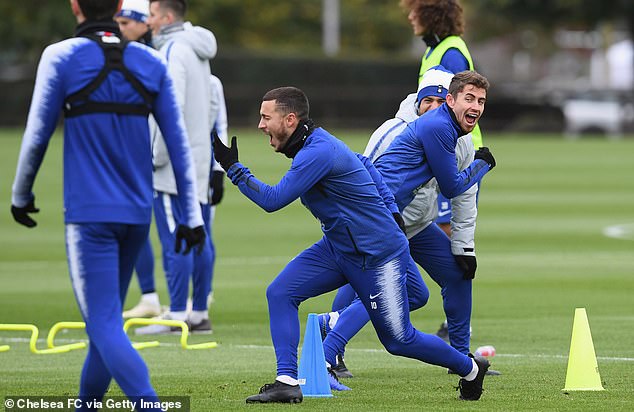 Chelsea fans were provided a major boost on Tuesday as star man Eden Hazard returned to training with the rest of the first team squad.

Maurizio Sarri’s side are busy preparing for Frank Lampard’s return to Stamford Bridge on Wednesday as he brings his Derby County side in the Carabao Cup.

Hazard missed the weekend win over Burnley following the back injury he sustained in the 2-2 draw with Manchester United earlier in the month but was all smiles as he joked around with Jorginho in Tuesday’s training. 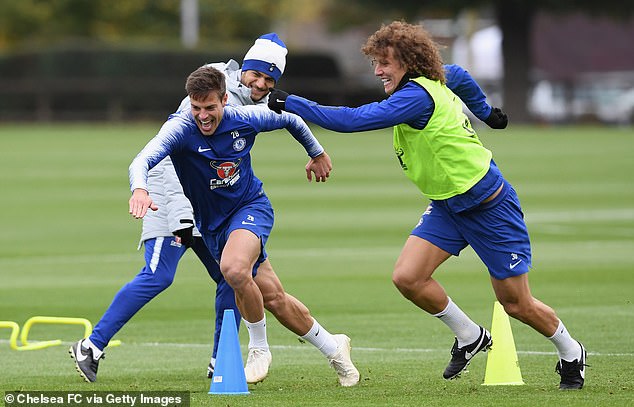 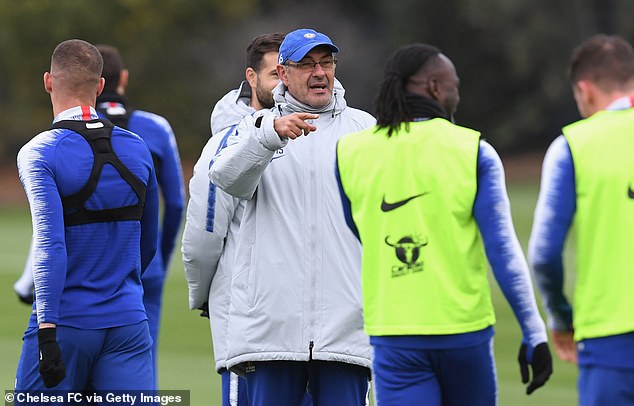 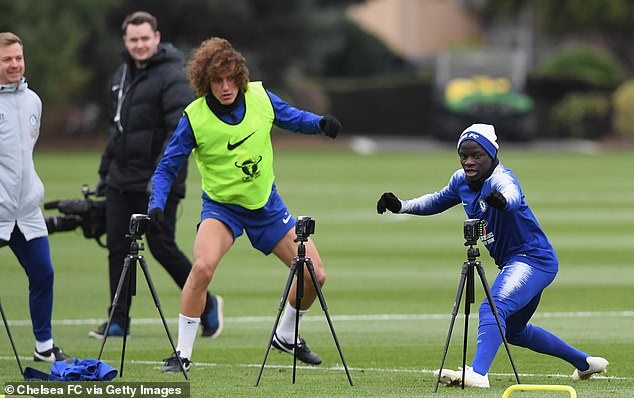 But while Hazard wore a smile in training, assistant boss Gianfranco Zola insisted on Tuesday that the Belgian is unlikely to play any part in the cup tie as the club target a return for him against Crystal Palace on Sunday.

With temperatures in London dropping quickly, players wrapped up warm as they took to the training pitch at the club’s Cobham training facility.

They were tasked with navigating strategically placed poles while Sarri also cast a keen eye over a possession drill.

Derby have impressed in the Championship this season under Lampard and Chelsea will be wary of an upset after the Rams knocked out Jose Mourinho’s Manchester United side at Old Trafford in the last round.

Mason Mount, who has been integral for Derby, is on loan at the club from Chelsea and will be inevitable against his parent club.

‘I’m sure it will be a big night for him. We’re looking forward as well. We’re very pleased to welcome him,’ Zola said of Lampard’s return. ‘He’s a legend of the club. He’s done so much for the club. We really wish him continuously well as a coach.

‘On a personal note I can only say it’s been a pleasure for me to have him as a companion. We spent some time together not only on the pitch but also on the training ground.

‘It’s not surprise for me he’s doing well and he’s going to do well in the new role in football. He’s always had a great attitude towards the game, towards what has to be done to become good in the game.’