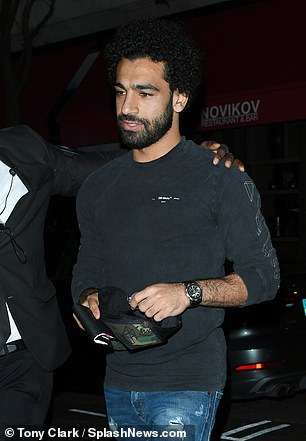 Oxlade-Chamberlain was out for food with Edwards and her band-mates at Novikov in Mayfair after they performed on The X-Factor earlier that evening. 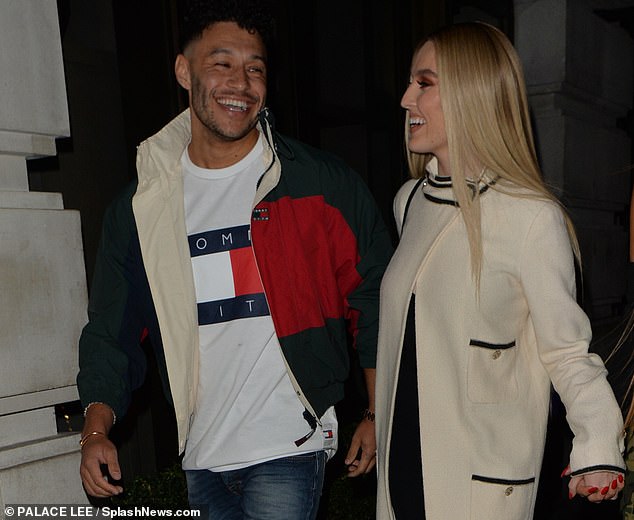 The midfielder remains sidelined after suffering a serious knee injury in last season’s Champions League sem-final with Roma and is not expected to feature at all this campaign – but he did start running on an anti-gravity treadmill earlier this month.

Oxlade-Chamberlain seemed in good spirits as he headed out with his girlfriend of two years, wearing a Tommy Hilfiger t-shirt and sharing a joke with the pop-star.

Salah was seen entering the restaurant – which serves both Asian and Italian food – on his own – where he must have been surprised to see team-mate Oxlade-Chamberlain.

He looked at ease in a black jumper and jeans after eating his meal, and was ushered into a car by a security guard.

Liverpool have a rare week without a game after their victory over Cardiff and boss Jurgen Klopp looks to have given his players an extra day or two off.

The victory moved them clear at the top of the Premier League ahead of Manchester City’s visit to Tottenham tonight.

They face Arsenal in a mouthwatering clash on Saturday evening looking to ruin the Gunners’ 12-game unbeaten run and continue their fine start to the league campaign.