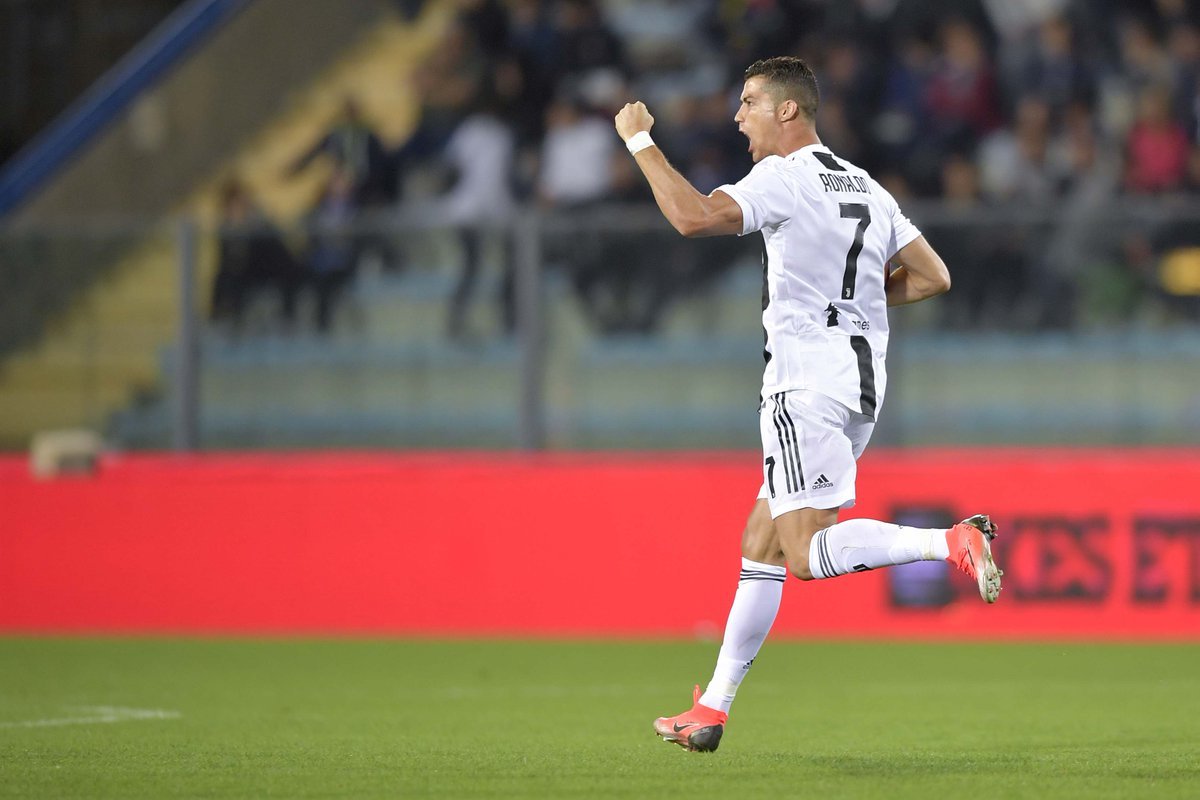 The minnows looked on course for a famous victory after taking a first-half lead.

But Ronaldo equalised from the spot in the second 45 before netting his seventh Juventus goal to leave the Serie A champions seven points clear at the top of the table.

The Portuguese superstar has taken a while to bed in with his new teammates.

And there is sure to be more to come following his impressive display in the midweek Champions League win over Manchester United.

Juve dominated the stats on their visit to Empoli, but it was the hosts who went ahead through Francesco Caputo in the 28th minute.

Juve continued to bang on the door and their efforts were rewarded in the 54th minute when Ronaldo fired home a spot-kick to level the scores.

The ex-Real Madrid superstar then netted from 25 yards out with 20 minutes to go.

And the introduction of veteran defender Andrea Barzagli meant Juve had more than enough to snuff out any remaining threat from their hosts.