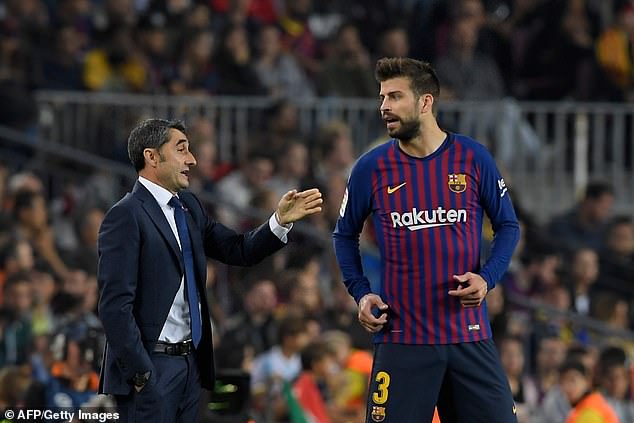 Gerard Pique admits Barcelona will miss Lionel Messi but backed his team-mates to kick on without the superstar after he broke his arm in the win over Sevilla on Saturday night.

The Argentine is expected to be sidelined for three weeks, missing El Clasico next weekend as well as the Champions League double-header against Inter Milan. 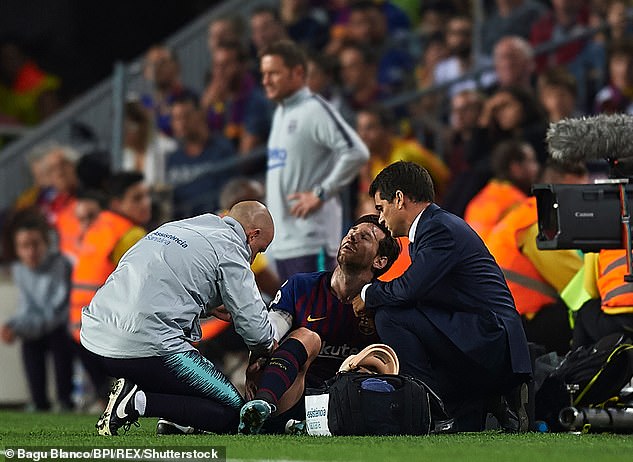 Messi had assisted Philippe Coutinho and scored before landing heavily on his right arm in the first-half of the 4-2 win at the Nou Camp.

‘Psychologically we know that when he is there we are stronger but we cannot allow his absence to affect us,’ centre back Pique said after the game.

‘It makes a big difference to have or not to have him but we have enough cover so as not to worry about whether he is there or not.’

Messi has seven La Liga goals for the Spanish champions this season and 12 in all competitions.

‘We will try to make sure Leo’s absence is noticed as little as possible,’ midfielder Ivan Rakitic added.

At first Barca seemed unconcerned by Messi’s injury, with Ousmane Dembele taking an age to warm up.

But Messi was more concerned and soon there was heaving bandaging being wrapped around his elbow.

Messi was taken to the clinic at Barcelona’s training ground and the club are hopeful that the injury was nothing more than a ‘hyper-extension’ around his right elbow.