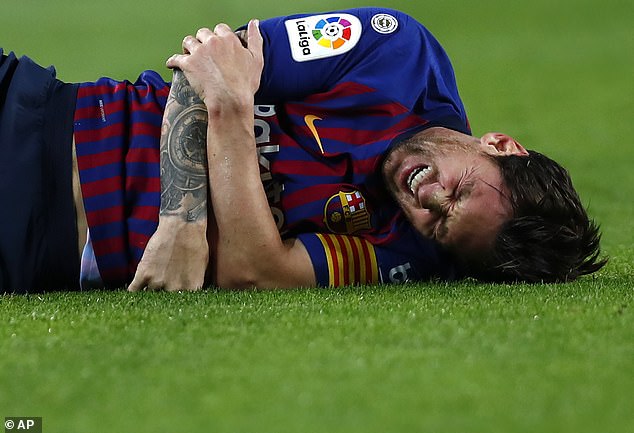 Lionel Messi will miss next Sunday’s Clasico against Real Madrid after fracturing a bone in his right arm.

Barcelona confirmed the news on Saturday night after their 4-2 win over Sevilla.

‘It’s an important loss and we have some difficult rivals to face but we have the players to come in,’ said Barcelona coach Ernesto Valverde.

‘There are games when he has not played from the start and we have played with the same way. We have to stay focused on the important games that we have.’

Messi was taken off in the first half after falling on his right arm after a clash with Sevilla’s Franco Vazquez.

The Barca bench seemed not to be worried by the injury and Ousmane Dembele took an age to warm up. But Messi was clearly more concerned and soon there was heaving bandaging being wrapped around his elbow.

Messi was taken to the clinic at Barcelona’s training ground and the club were hopeful that the injury was nothing more than a ‘hyper-extension’ around his right elbow.

But they later confirmed a fracture that would keep him out for three weeks. As well as the league game against Real Madrid he misses this week’s Champions League clash with Inter. Barcelona are due to play Tottenham on December 11. 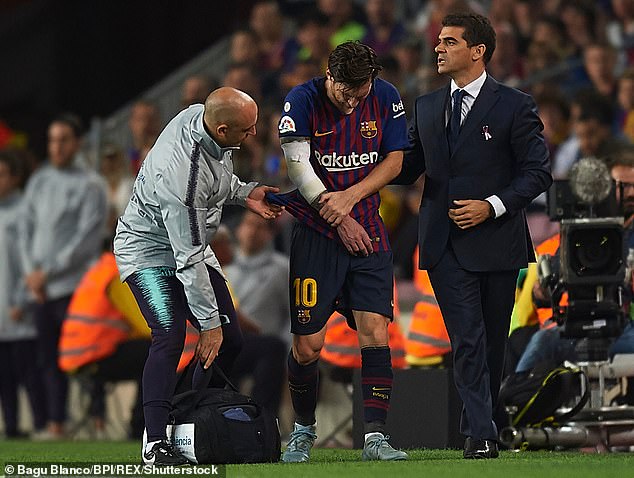