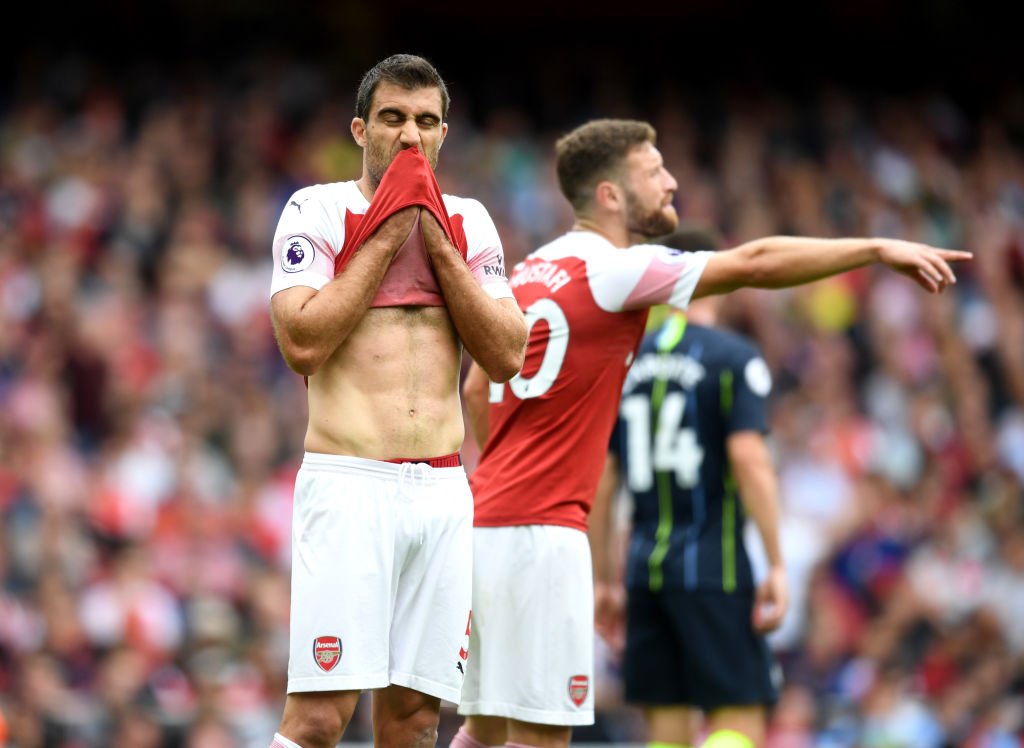 Arsenal boss Unai Emery has revealed Sokratis is a major doubt for Monday’s clash with Leicester.

The central defender damaged his ankle on international duty while representing Greece in their 2-1 defeat to Finland.

The Spanish gaffer was questioned on the fitness of his players during the break and confirmed that the central defender could be the only absentee.

He said: “The players are coming back now. Only Sokratis had one problem, one small injury.

“Maybe for Monday it’s difficult [for him to play]. The others are OK.”

His absence could prove a headache for the manager with Rob Holding and Shkodran Mustafi the only fit defenders to take on the Foxes.

Meanwhile keeper Petr Cech is closing in on a return to action as he recovers from a hamstring injury.

The Czech veteran suffered in a clash against Watford and has yet to join up with the rest of the team for training.

Emery added: “Petr Cech is getting better from his injury but he’s not training with the group. But I think he’s very close to start with us.”

Arsenal head into the clash in a rich vein of form having won their last nine in a row in all competitions.

Danny Welbeck is expected to be fit after being forced to withdraw from the England set-up.