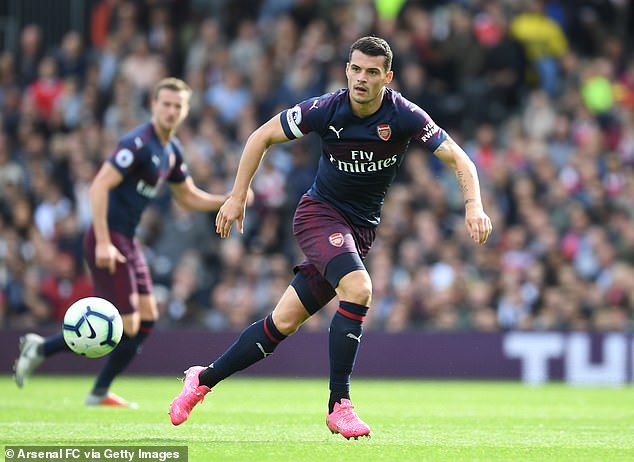 Arsenal midfielder Granit Xhaka believes Unai Emery has helped iron out the flaws in his game by improving his tactical awareness in the opening months of the campaign.

Xhaka was criticised towards the end of Arsene Wenger’s period in charge of the club as he often lost midfield runners at important moments of games.

However, Xhaka has started every Premier League fixture this season and he has been central to a renaissance in form that has seen Arsenal win nine games in a row in all competitions.

Xhaka told the Mail on Sunday he feels he is discovering his best form under Emery.

‘We needed some time to get to know the character and philosophy of the new manager. It is going well and I am improving.’

‘On a tactical level, the manager has really helped me. But we can still improve.’