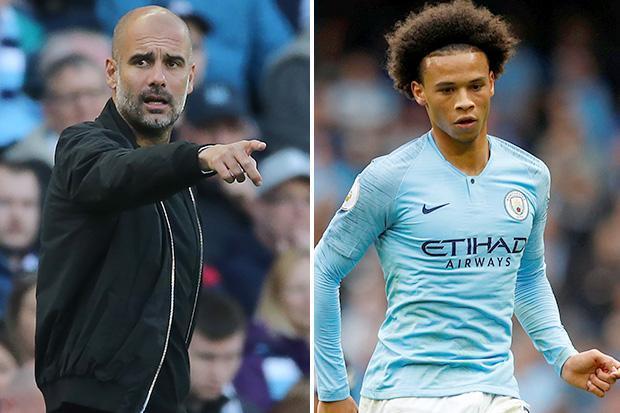 Pep Guardiola has warned Leroy Sane not to lose his focus again — or he knows what to expect.

The £37 million German flier has had a difficult few months since being named PFA Young Player of the Year in May.

The Manchester City winger was axed from the squad to play Newcastle a month ago after a below-par start to the season.

But the 22-year-old appears to have put his recent troubles on the pitch behind him after becoming a father in September.

Sane has caught the eye in the last three Premier League games and set up the opening goal against Brighton on Saturday.

But Guardiola said: “He has played really well but our profession is so demanding.

“All my players, I want them to be focused. Do every single day what you have to do.

“When they do that there is no problem at all.

“When they don’t do that, they know what happens.”

City’s victory over the Seagulls moved them back to top spot in the Prem ahead of Liverpool on goal difference.