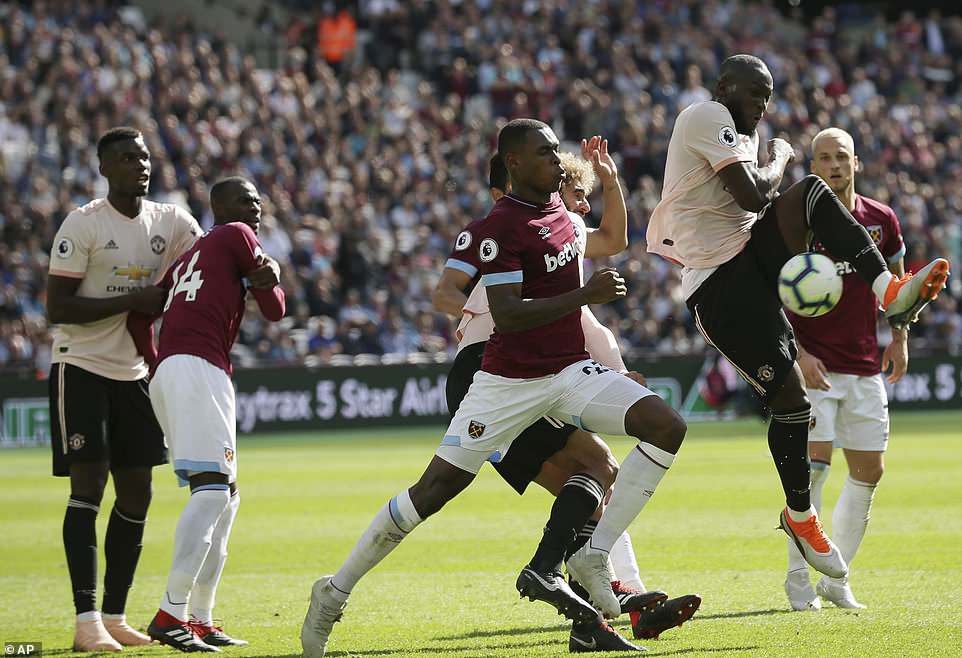 Manchester United were beaten 3-1 by West Ham in the Premier League on Saturday as their stars failed to deliver.

Plenty of praise must be given to West Ham. They deserved their victory today and were the better team from the off.

But there was a World Cup winner in that starting line-up, along with big stars like Romelu Lukaku, David de Gea and Nemanja Matic.

In the opening ten minutes, United barely ventured out of their half. Within six minutes they were 1-0 down. Mark Noble was the best central midfielder on display but he is not a man for the modern game: not only does he lack an emoji, his social media interactions are minimal.

West Ham beat Manchester United by a 2+ goal margin in a league game for the first time since October 1982.

Felipe Anderson met Pablo Zabaleta’s cross and flicked in from close to give West Ham an early lead and Yarmolenko doubled the lead when his shot flicked off Victor Lindelof’s thigh and looped into the net leaving a helpless de Gea no chance in goal.

For 56 minutes, United showed none of the above. Forget the Paul Pogba show, underwhelming though he was and withdrawn on 70 minutes. This ran far deeper than an Instagram feud between two global brands.

The manner of the performance was once unthinkable in a Jose Mourinho team. The fact that a struggling West Ham team could induce him to field a back three, which at times played more like a back five, given the possession they conceded, would have been unimaginable at his peak.

Marcus Rashford scored in the 71st minute to give the Red Devils hope. For United had been much better since the 56th minute switch to 4-3-3. With Rashford tying up Masuaku, Young had repeatedly got in to cross, and Fellaini always lurked, ready to punish any lapse – but United had left themselves too much to do. They couldn’t afford further mistakes yet their listlessness tends to invite them.

So it was on 74 minutes, they were authors of their downfall. De Gea tried to play long, but United immediately gave the ball away to Mark Noble. No-one pressed him so he threaded a ball through for Marko Arnautovic who simply ran through a static back line and finished coolly.

Former Manchester United defender Rio Ferdinand has admitted on BT Sport there are “big decisions” to be made at the club following that defeat.