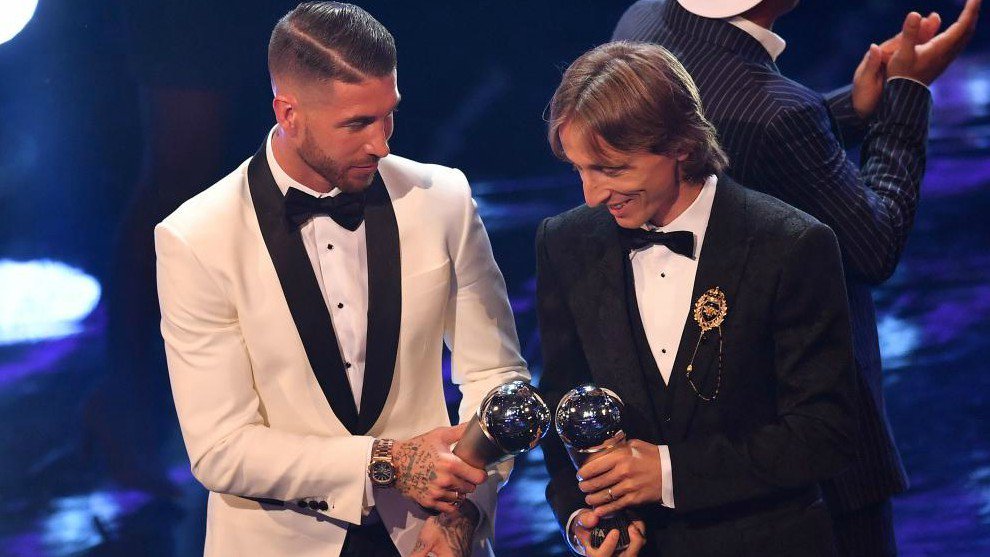 The Croatian scooped world’s best male player at Fifa’s The Best awards ahead of Liverpool’s Mohamed Salah and Cristiano Ronaldo, now with Juventus.

Ramos was at the awards bash in London and believes his club team-mate, who led his country to the World Cup final and was voted best player of the tournament in Russia, deserves to be named the best player on the planet.

It has been 11 years since Lionel Messi or Ronaldo failed to win the coveted prize when Kaka came out on top,  and the Spanish international wants to see a new name on the winners’ list.

Ramos told Marca: “Looking at the level of the players you could give the Ballon d’Or to Messi, Cris or Luka, all of them would be just winners.

“When it was given to Messi it could also have been given to Andres Iniesta or Xavi and so I would give it to Modric.”

Ramos himself was voted for the ninth time in Fifa’s best XI, equalling Andres Iniesta’s record.

He added: “This is my ninth award and it is a privilege to equal Iniesta.

“We are the Spaniards who have won it most, it is an award for effort and it is worth fighting for.”

Both Ronaldo and Lionel Messi failed to turn up for the glitzy event in London and Ramos admitted it was disappointing.

Ramos continued:”I consider Cris and Messi to be the best and this awards ceremony deserves to have the best footballers.

“I would have liked to have seen Leo and Cris.”

The Ballon d’Or shortlist is announced next month with the winner crowned in December.