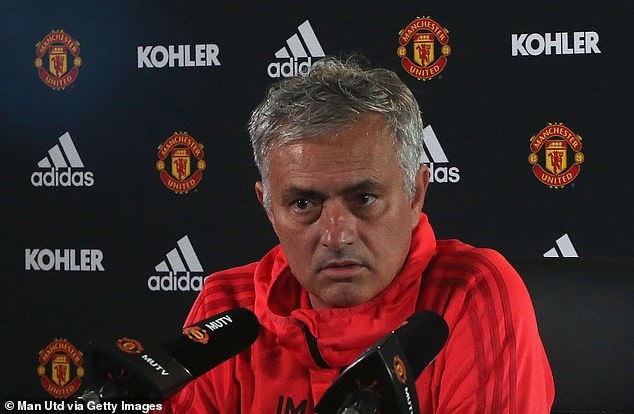 Jose Mourinho has warned that Manchester United’s run of three wins in a row has not changed his view that it will be a ‘difficult’ season for the club.

United have eased talk of a crisis around Old Trafford with back-to-back Premier League victories over Burnley and Watford, and a convincing Champions League win against Young Boys in Switzerland in midweek.

But having issued a gloomy prediction for the season following a frustrating transfer window, Mourinho claimed that United’s recent revival after successive defeats to Brighton and Tottenham has done nothing to change his mind.

‘For sure, a difficult season,’ said the United manager ahead of Saturday’s clash with Wolves at Old Trafford.

‘I don’t change that because we won two matches in the Premier League.

‘You see the level of the teams. You see the Liverpool squad, (Manchester) City squad, Chelsea squad, Tottenham squad, Arsenal improving. It’s going to be difficult.

‘I’m not saying we are going to have more points than last season because last season we collected a very acceptable level of points.

Alexis Sanchez will be restored to the line-up to face Wolves after sitting on the bench in Bern on Wednesday night.

The Chile star will replace Anthony Martial, who scored his first goal in eight months against Young Boys, even though Mourinho admitted that Sanchez has yet to hit top form.

‘Every player has another level to step up,’ said the manager.

Mourinho is also set to recall captain Antonio Valencia in place of Diogo Dalot despite the teenager’s impressive debut following his £19million summer move from FC Porto and knee surgery.

Instead, Dalot will be given another opportunity against Derby in the Carabao Cup on Tuesday.

‘I want him to play totally fresh,’ said Mourinho.

‘Playing for Manchester United is difficult enough for a kid of 19 coming from another country after an important injury and surgery. He doesn’t need to face more difficulty.’

Mourinho will face a Wolves side managed by his old Porto goalkeeper Nuno Espirito Santo and a number of Portuguese players brought to Molineux by his agent Jorge Mendes.

‘I don’t speak with him for quite a long time, to be honest,’ said Mourinho. ‘When we speak, we don’t speak about my job or his job. He’s my agent and that’s it.

‘But I think the work in Wolves is good because it’s not just about the Portuguese influence – Portuguese manager, staff and players – it’s also about getting the right ones.

‘They are getting the points and performances that makes everybody feel – I include myself – that they are going to have a very stable season, very far from the problems that normally a team from the Championship has.’ 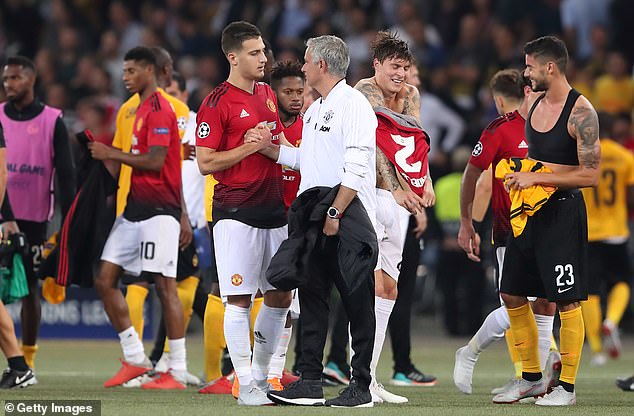