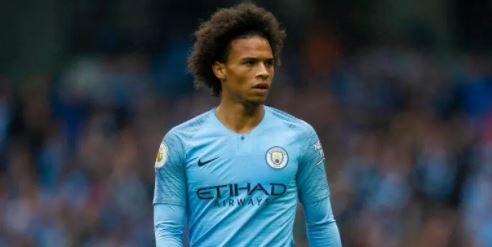 Manchester City winger Leroy Sane has taken to Twitter to announce the birth of his daughter.

The 22-year-old also thanked the Germany squad and coach Joachim Low for letting him leave to be at the birth.

Sane tweeted: “Incredibly happy to let you know about the birth of my daughter last night. Mother and child are doing fine.

“Special thank you to the [German team] and my coach Jogi Low for letting me leave to me at my daughter’s birth.

“Of course I’ll keep my fingers crossed for the team tomorrow!”

Incredibly happy to let you know about the birth of my daughter last night ❤🙏🏾 Mother and child are doing fine. 😊👍🏾

Special thank you to the @DFB_Team_EN and my coach Jogi Löw for letting me leave to be at my daughter's birth. Of course I'll keep my fingers crossed for the team tomorrow! #inSané

The City star had been recalled to the Germany squad after missing out on the World Cup but had to leave as his partner was due to give birth.

It was revealed yesterday that Sane would not feature against Peru on Sunday after pulling out of the squad to be at the birth of his first child.

Sane was controversially left out of the Germany World Cup squad this summer in Russia and was delighted to be recalled.

Fans believed Sane would have made a difference after the defending champions were eliminated from the World Cup at the group stage following defeat by South Korea, one of the biggest shocks in the competitions history.

The winger will now take the rest of the international break off to spend with his family and return for Manchester City’s preparations against Fulham next weekend.