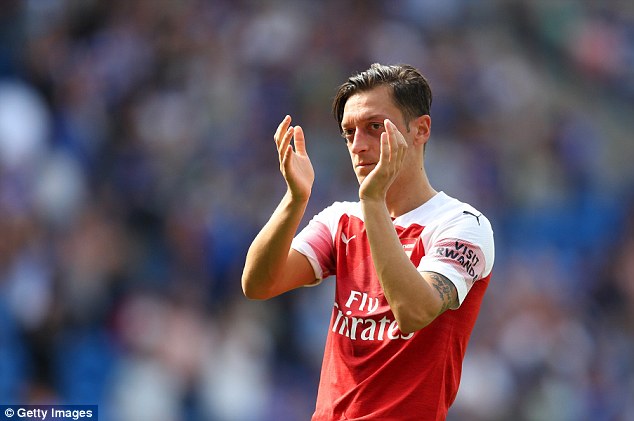 Ozil’s place in the Arsenal squad under Emery has been questioned, and whether or not he will be able to adapt to the high-tempo and pressure game favoured by the new Gunners boss.

However Ozil played 84 minutes of the victory in Wales, and was singled out for praise by his manager afterwards.

Emery said: ‘Ozil, with his quality, I think we need him to give us his moments in the match. 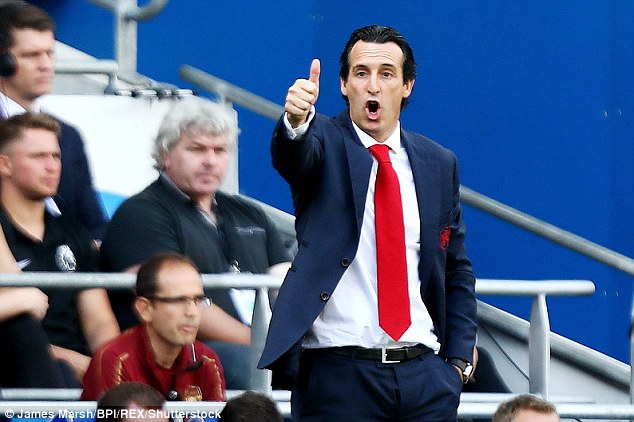 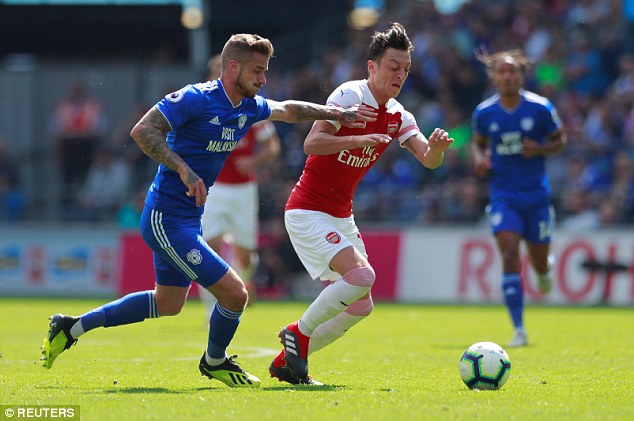 It was a hard-fought win for Arsenal, who were twice pegged back by their newly promoted opponents before Alexander Lacazette’s powerful winner in the final 10 minutes.

Their style of play, particularly playing it out from the back, was criticised by pundit Graeme Souness, who felt that it invited pressure and that Arsenal had made life difficult for themselves.

However Emery said he was happy with how his side responded to the two equalisers in a ‘calm’ manner, and said he felt they were dominant for the majority of the match in Cardiff.

‘The most important thing is to be calm and to continue working. We controlled the match for 70 per cent of the 90 minutes.’