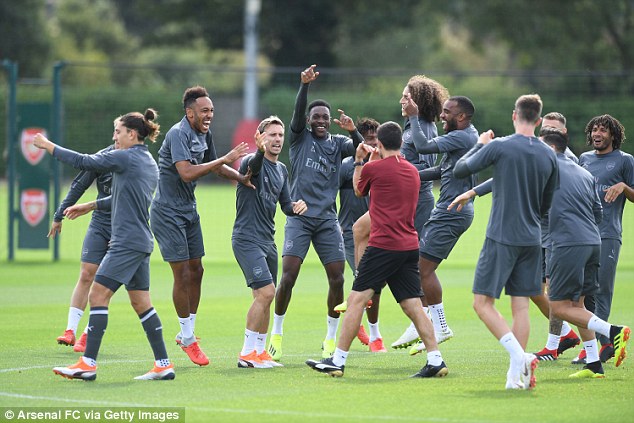 Unai Emery was given a rude introduction to the Premier League last weekend but that does not seem to have put even the slightest of dents in his optimism to improve his side.

A defeat is no ideal start to any new era and Arsenal fans will hope it will not be a matter of the old adage: ‘Begin as you mean to go on’.

But something Emery can take away from his early days in charge is the positive atmosphere he has established amongst his players. 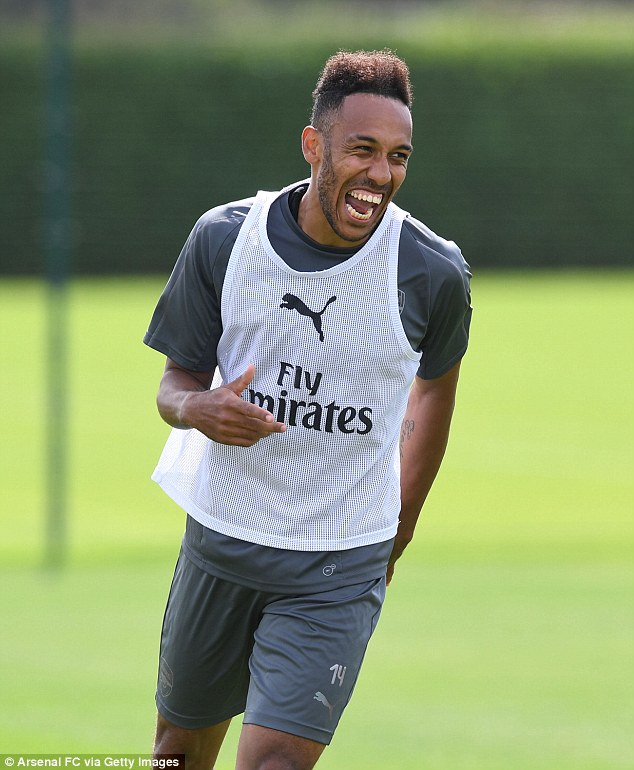 That glow was obvious again on Friday as Emery put them through a typically arduous session at their Colney base on the eve of their match with Chelsea.

And yet, at the same time, they seem enjoyable. There was little room left on Pierre-Emerick Aubameyang’s face for an extension to his smile, Alexandre Lacazette was pictured celebrating in training and even Mesut Ozil, who has endured possibly the worst year of his career, had reason to be cheerful.

There seems to be a togetherness and a unity to this side, something that possibly couldn’t be said about an Arsenal team over the past few years.

Reports suggesting Aaron Ramsey is set to ignore interest from Barcelona and Lazio to extend his contract with the club is indicative of the Emery feel-good factor.

Chelsea serve as the next acid test. Not the easiest of starts for Emery but he has nonetheless got them in shape for the clash and will be expecting some kind of a result.

Lucas Torreira is set to be handed his first start in Arsenal’s midfield since sealing his £27million move in the summer with his energy levels in training a key factor for his inclusion.

Emery knows it will take a while to embed his way of thinking into his players, but with the spirit of the squad appearing to be at an all-time high – even after a defeat – the results should only be a matter of time.