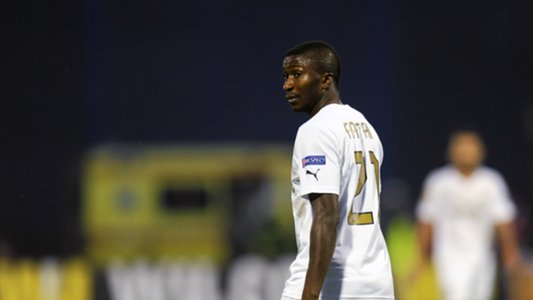 Russian club Ufa have ended their relationship with Nigeria’s Kehinde Fatai who has a year left on his contract.

Fatai joined Ufa in 2016 on a three-year deal from Czech’s Sparta Prague and managed six goals in 46 appearances across all competitions.

“By mutual agreement between the parties of FC Ufa, the contract with Nigerian striker Kehinde Fatai is ended. For Ufa he played 46 matches, scored six goals,” the club tweeted.

The 28-year-old has, however, paid tribute to the Townspeople, describing them as one of the best teams he has played for and hopes they qualify for this season’s Uefa Europa League group stage

“Ufa is one of the best clubs in which I have played. The city and the people are fantastic. I adapted quickly, everything is very good with no problem. My next destination is not confirmed yet but I will let you know in a few days,” Fatai told club website.

“The two years I spent here were fantastic because I worked with good people and staff in a good city with great fans. Everything is very good. I want to see Ufa in the Europa League group stage.”

The former Nigeria youth international will be hoping to find a new club before the close of the European transfer market on August 31.