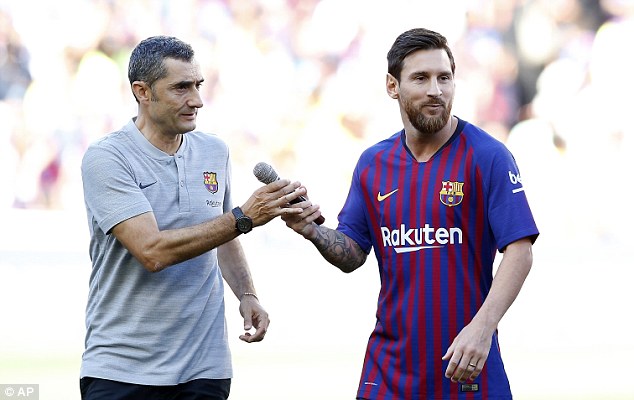 Lionel Messi has vowed to bring the Champions League back to Barcelona in his first season as club captain.

The Argentine addressed the Camp Nou crowd ahead of their match against Boca Juniors to contest the Joan Gamper Trophy.

New signing Malcom grabbed his first goal at Camp Nou, before Messi and Rafinha strikes completed a 3-0 win over the South American side. 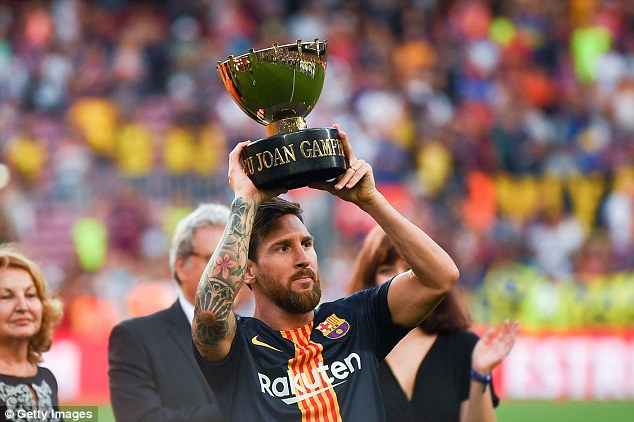 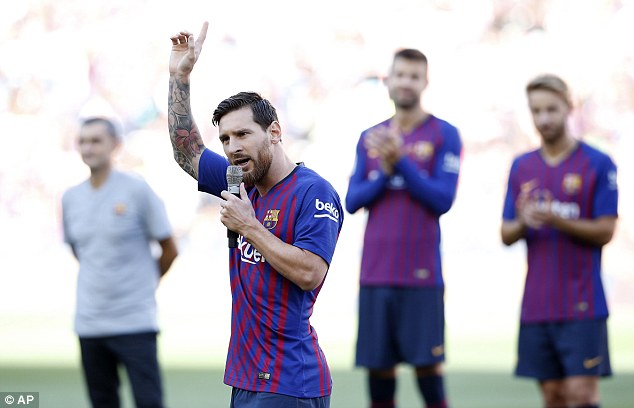 Messi said: ‘It’s a source of great pride to be captain. I know what it means to wear the armband.

‘I am lucky to have had great role models such as Puyol, Xavi and the great Andrés whom we will miss this season.’

The new captained continued: ‘We have a great squad to get excited about and those who have come in will help us to get better.’

Messi also appeared to be still hungry for success, despite a record-breaking career at the club.

He said: ‘Last season was really good as we did the double but we all felt bad about how it went in the Champions League.

‘We promise that this season we will all we can to bring that trophy back to Camp Nou.’

Messi then led the crowd in a rousing chant of ‘Visca el Barça i Visca Catalunya!’ before his charges took to the pitch.