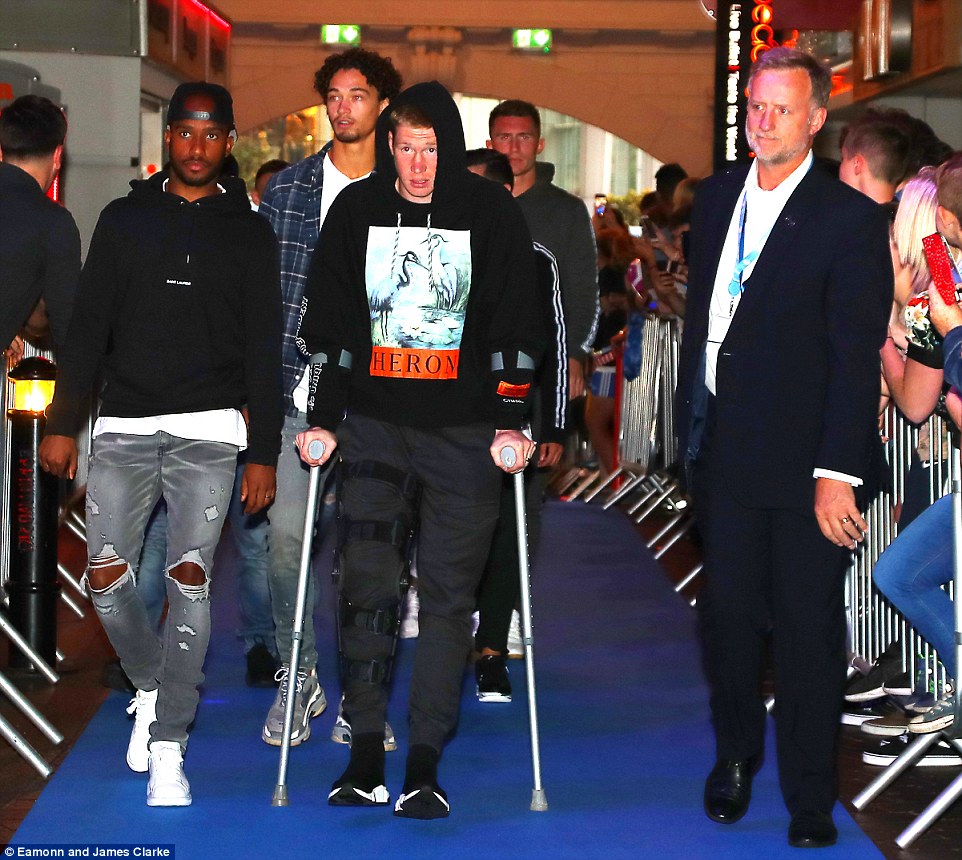 Manchester City’s stars showed up in numbers for the premiere of ‘All Or Nothing’, the new Amazon series documenting their 2017-2018 title-winning triumph – with Kevin De Bruyne on crutches after suffering a training ground injury earlier on Wednesday.

And in the first episode Pep Guardiola admitted that toppling Manchester United would represent his ‘biggest challenge as a manager’.

The City boss admits: ‘We have neighbours who for 15 or 20 years have always won. I think that my biggest challenge as a manager is to change that.’ 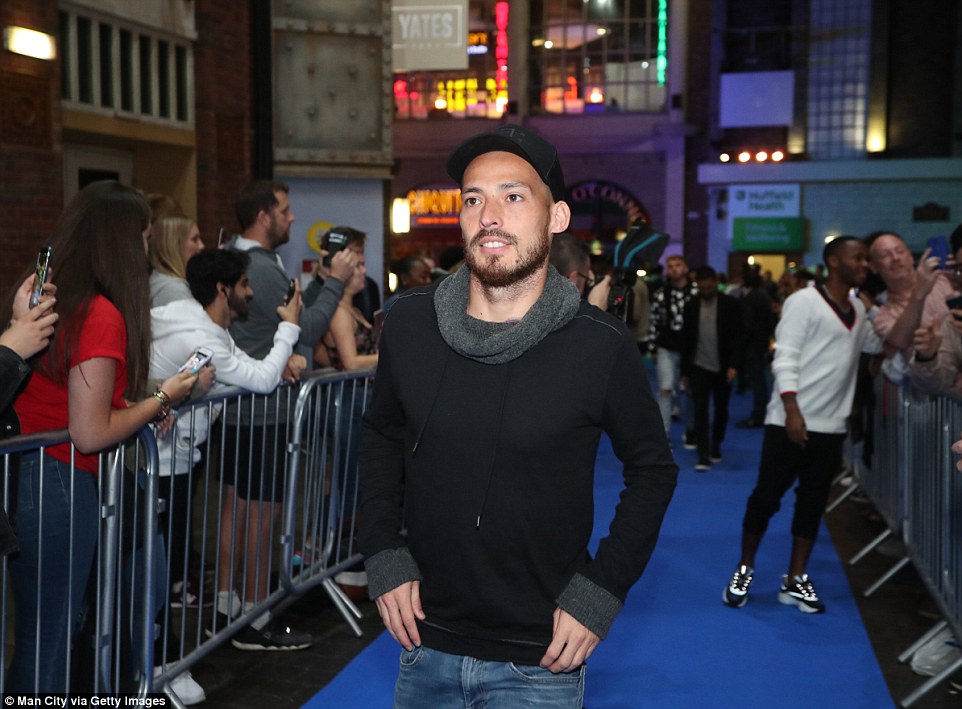 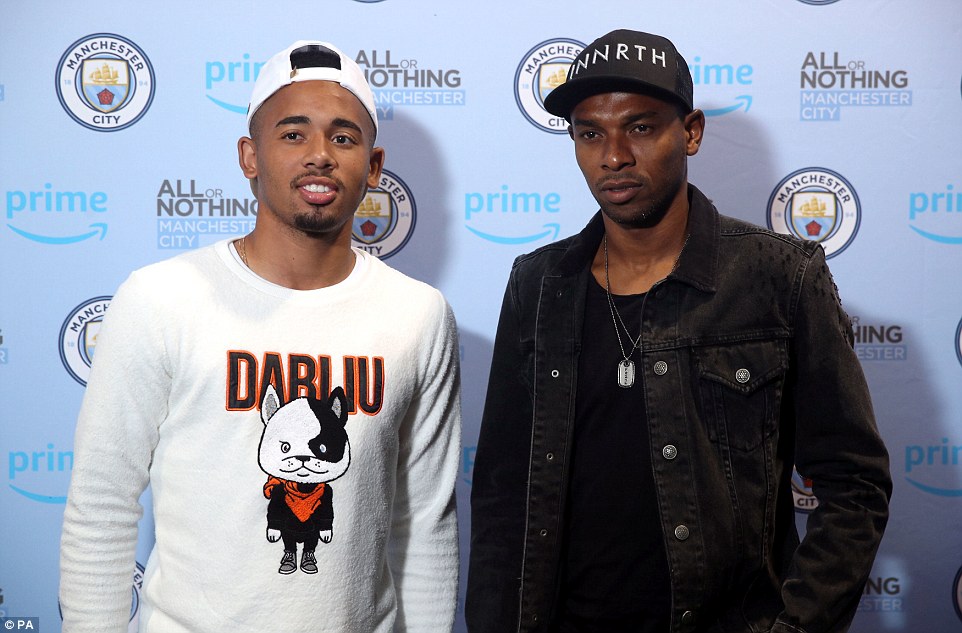 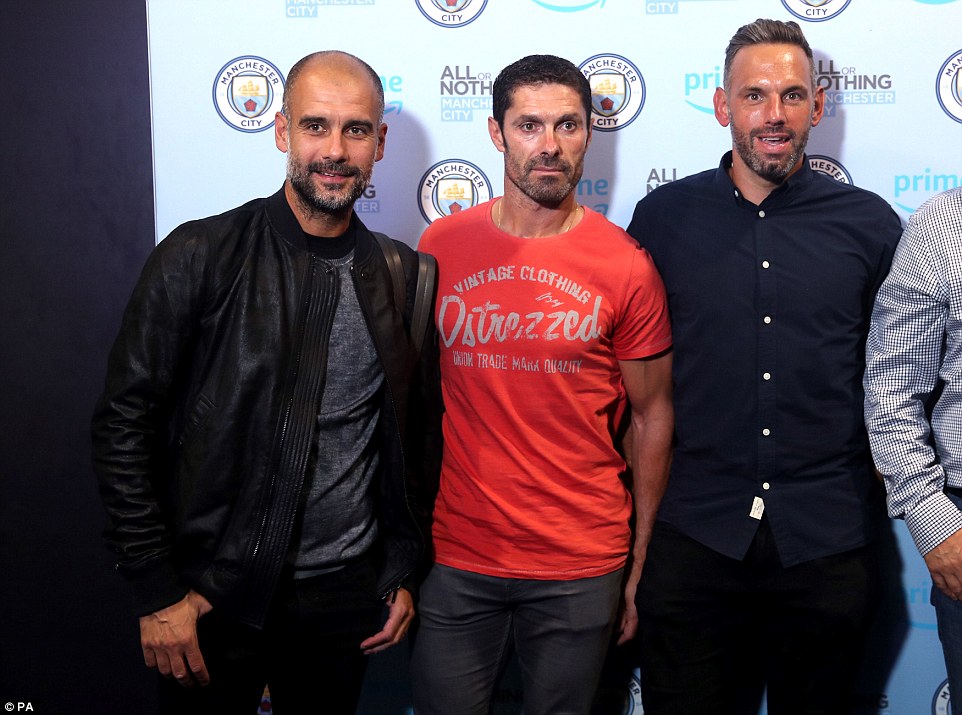 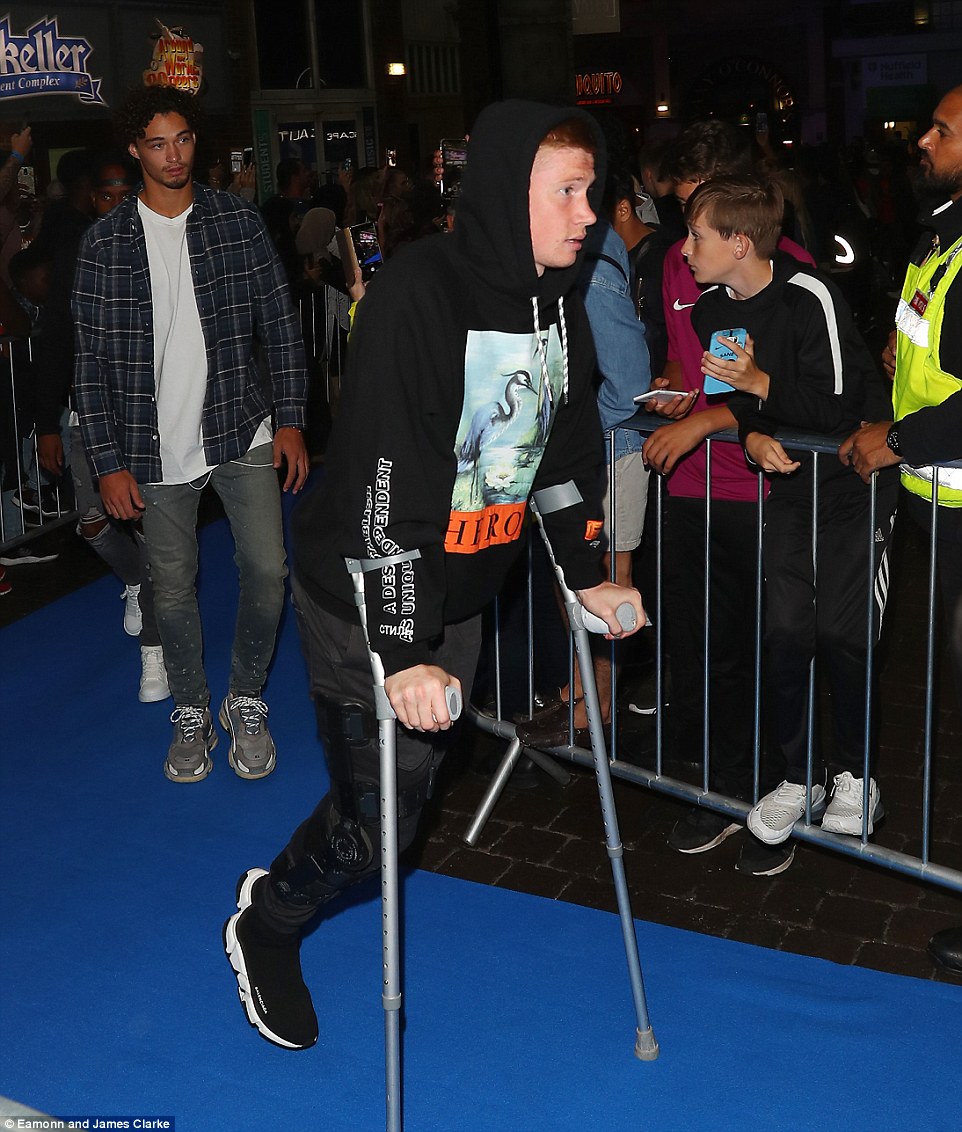 Despite the feelgood factor around the new documentary, City were rocked on Wednesday by the news that De Bruyne – so integral to last season’s success – faces an extended spell on the sidelines.

The Belgian midfielder, dressed in a dark hoody and trousers, sported a brace on his right leg after undergoing scans on the injury.

The 27-year-old will undergo further tests to examine the extent of the damage but the news comes as a bitter pill for Pep Guardiola.

Also present at the event are stars including Gabriel Jesus and Fernandinho, who were part of the squad documented in the £10million Amazon series.

The boss is also present at the premiere, arriving with members of his backroom team.