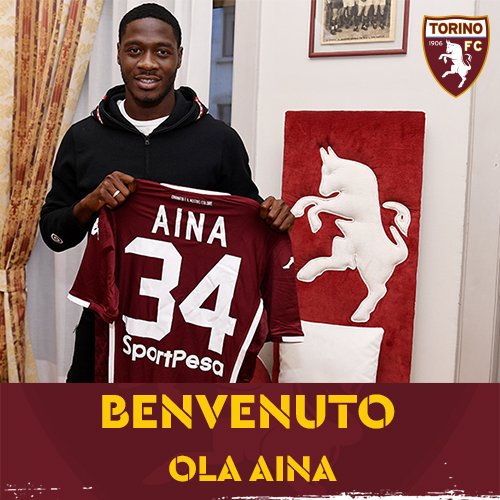 The 21-year-old defender spent last season on loan at Hull City, where he featured in 44 games.

Aina has played five games for the Super Eagles, but failed to make the final 23-man World Cup squad.