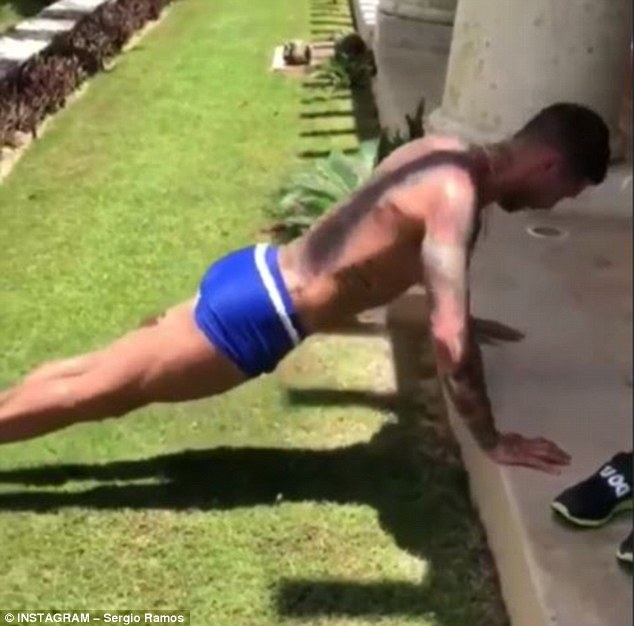 Sergio Ramos has not been totally relaxing on his extended break following the World Cup.

Instead, the Real Madrid and Spain centre back has been working out while on holiday in America.

The defender was given extra days off following the tournament in Russia, but is expected to join Julen Lopetegui’s squad on Tuesday. 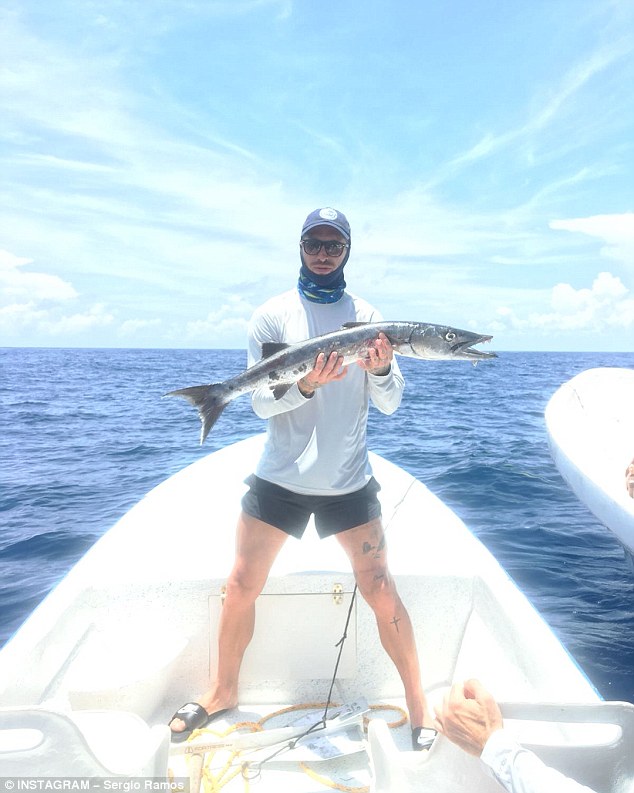 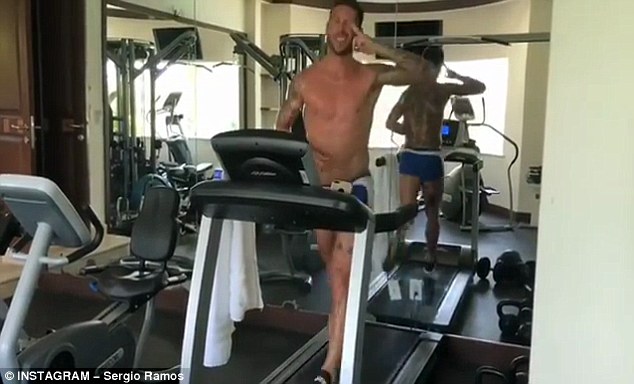 He has made sure he’s not going to be off the pace by keeping up his fitness levels while away.

Ramos posted a video of himself doing press-ups on a step before running over to do a back-flip off a wall and into a lake.

He also posted a clip on to the social media platform of him running on a treadmill.

The 32-year-old has managed to enjoy some down time on his holiday with a spot of fly fishing.

He posted a picture of himself on a boat with his large catch.