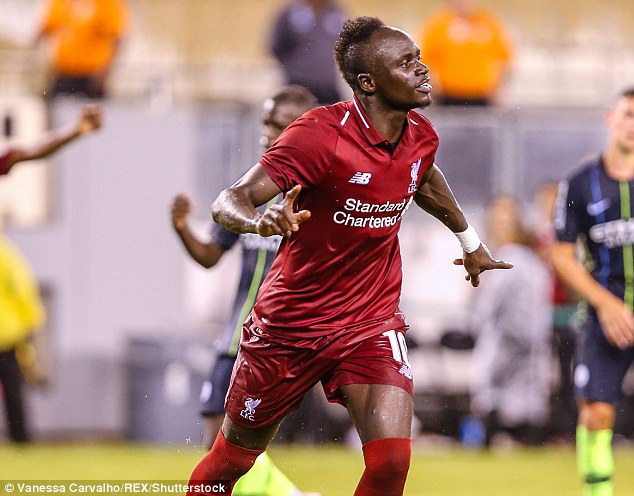 Mane, the Senegal forward, has made giant strides since Liverpool paid £30million to bring him from Southampton two summers ago; he still has three years remaining on his current deal and is not actively looking to improve his current terms, which are thought to be close to £100,000 per week.

But Liverpool, who extended the contracts of Mohamed Salah and Roberto Firmino earlier this year, have let Mane’s agent Sasha Empacher they will have no hesitation in re-writing and extending his deal after he played such a crucial role as Klopp’s side reached the Champions League final.

Empacher, who also looks after Mane’s new team-mate Naby Keita, was in New Jersey last Wednesday to watch Liverpool’s friendly against Manchester City and met with both Klopp and Sporting Director Michael Edwards.

There were stories in June that saw Mane linked with a move to Real Madrid but there was never any prospect of the 26-year-old, whose value has rocketed, being sold. Liverpool faced a saga 12 months ago when trying to keep Philippe Coutinho but Klopp feels the landscape has changed.

‘This is what I have meant when I spoke about the mood in the club – that’s not only in the stands,’ said Klopp, who has taken a 29-man squad to France for a training camp. ‘We are Liverpool as a team and the boys want to be part of it. 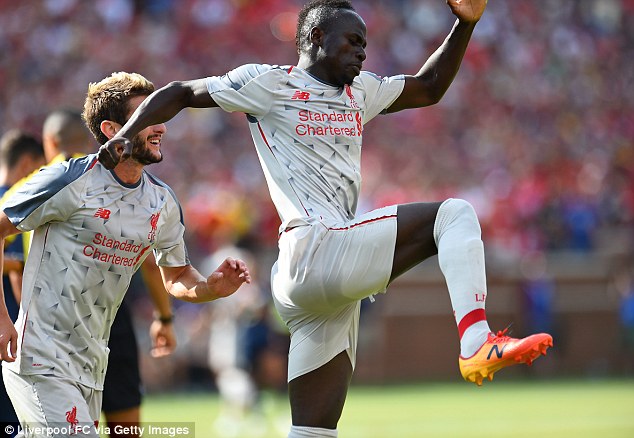 ‘That’s really cool and it’s a big achievement for the club. These boys – Bobby Firmino, Mo Salah and Sadio Mane – and a lot of the others as well, could play for pretty much any team in the world. That’s how it is and a good sign for the club.

‘It is an improved situation that these players don’t use us and then go. It’s cool but now we all together have to deliver. Sign your contracts but now, go again. Play and fight, run and shoot, all that stuff. That’s football.’

Coutinho joined Barcelona in a deal worth £146million in January. Liverpool tried to bring Nabil Fekir from Lyon to be his replacement in June but when that transfer failed on medical grounds, Klopp took stock and felt he had options within to fill Coutinho’s void.

‘The biggest thing we did in the second half of last season was that we didn’t need to speak too much about Phil,’ said Klopp.

‘That wasn’t clear in January. How could we have known that? We wish him well. We don’t need to replace Phil. We need to make a squad for the next year.

‘Out there on the market, there isn’t a Phil Coutinho-lite. It’s not there. But there are a lot of good players and we have brought a few of them in.’