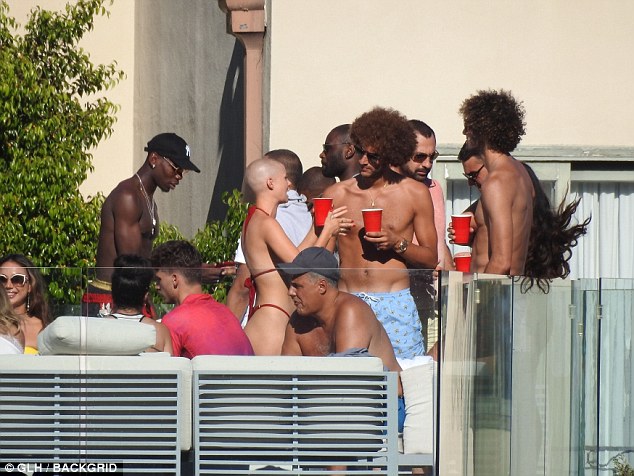 Paul Pogba is continuing to celebrate France’s World Cup win as he enjoys his time off from football in Los Angeles.

Pogba has been in holiday mode ever since France beat Croatia 4-2 in the World Cup final in Moscow on July 8.

He has been pictured at a residence in Hollywood with a number of his friends including Adil Rami and Marouane Fellaini. 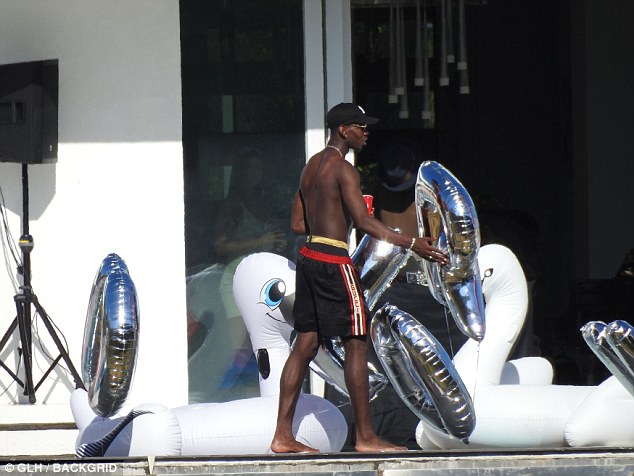 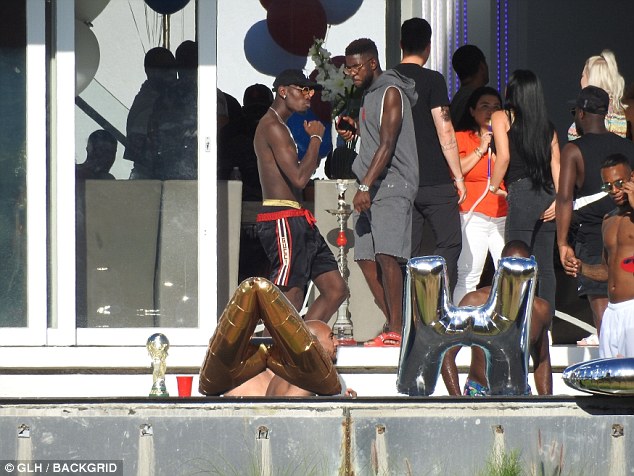 Balloons in the colour of the French tricolour flag were used to decorate the outside of the property.

Rami, who also picked up a World Cup winners’ with France, has been by Pogba’s side for much of the time after the tournament finished in Russia.

Fellaini has also been travelling with Pogba. Fellaini was on the losing end to France as he was part of the Belgium side that were beaten 1-0 in the semi-finals.

The Manchester United pair are due back for pre-season just a week before the new season starts.

Pogba has deserved an extended rest. The 25-year-old made six appearances and scored once on the way to France winning the final in Moscow.

United boss Jose Mourinho has acknowledged Pogba’s achievements in Russia, but wants the midfielder to up his game for the club.

Twice Mourinho has been asked about Pogba’s success with France in Russia, and twice he has used the opportunity to make veiled comments about the player upping his game to a similar level for United.