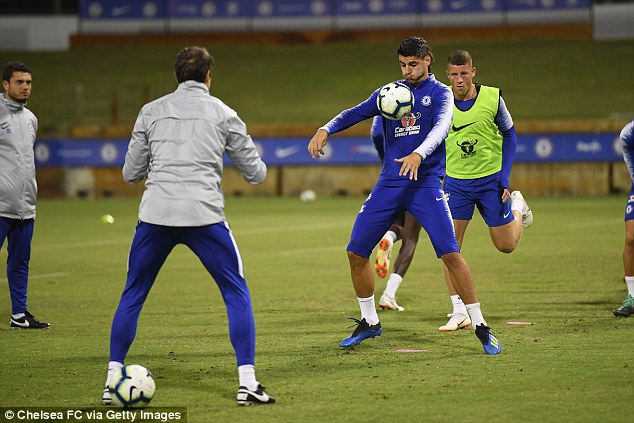 Chelsea have been training at the WACA stadium in Perth on the eve of their first pre-season friendly, which will be played against Perth Glory on Monday.

Maurizio Sarri hasn’t had long to get his side into shape, but has been doing his best to instill a more attacking style of play into the Blues.

Although slightly light on star names, Cesc Fabregas, Alvaro Morata and new signing Jorginho were among those getting ready for their first test under the new boss. 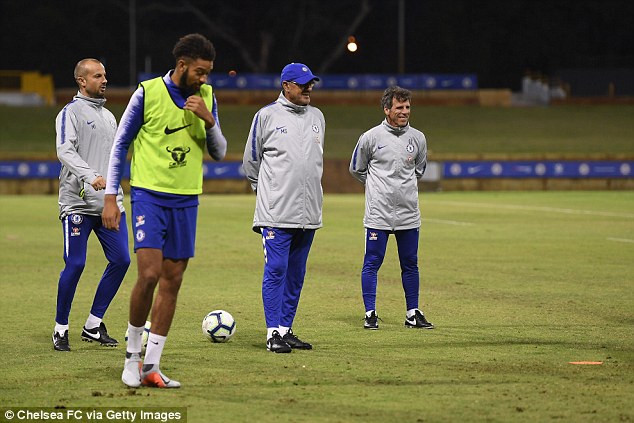 The new manager is keen to get his ideas across in the few weeks before the new season begins but will face a challenge in keeping some of his star players.

Sarri wants to show Eden Hazard and Willian the new direction he plans to take the team before they make a final decision on their future.

But Barcelona’s third bid for Brazilian, Willian, is thought to be in the region of £65million and could be enough to tempt the Chelsea hierachy to part ways with him. They will hold a meeting this week to discuss the matter.

For now, Sarri must focus on the players he has with him. They kick off their pre-season fixtures against Perth Glory before flying to France, where they will take on Inter Milan in Nice.

They will round off their preparations with friendlies against Arsenal and Lyon, either side of their Community Shield clash against Manchester City.