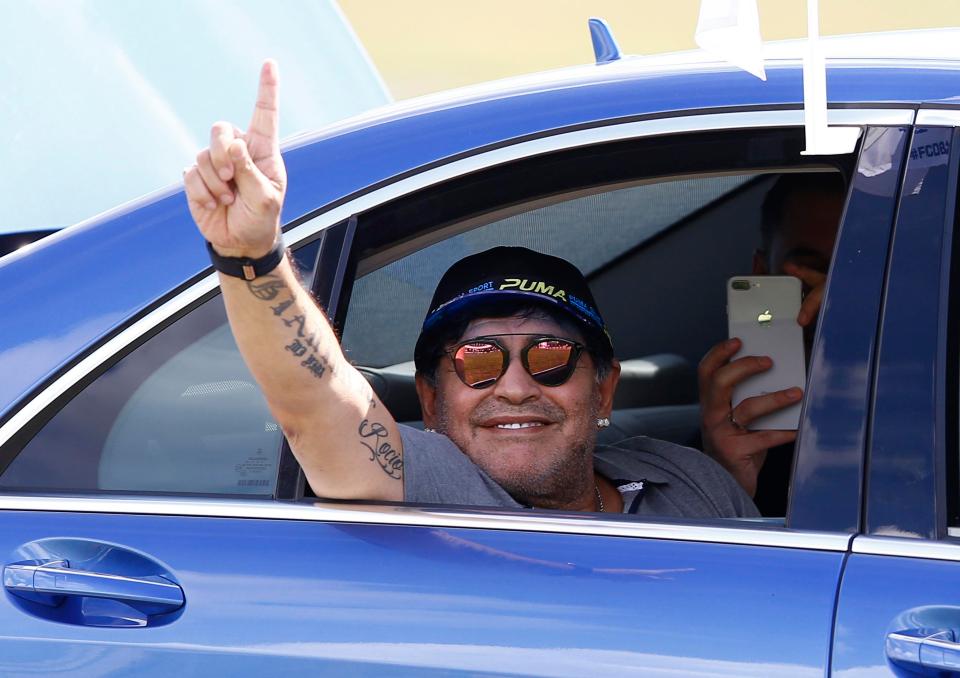 Diego Maradona gave a thumbs up to Dynamo Brest fans as he landed in Belarus to begin his new job as chairman.

Argentina icon Maradona signed a three-year deal with the club in May and landed via private jet on Monday to take up his role.

The 57-year-old was in Russia for most of the summer watching his beloved Argentina compete in the World Cup.

Unsurprisingly, the cameras were constantly pointed at Maradona — and there was a lot to see.

The Argentina legend’s most eventful game came against Nigeria in the final group match.

He was seen dancing with a Super Eagles fan in the stands and then appeared to be close to collapsing amid bizarre scenes in St Petersburg.

He had failed to secure automatic promotion to the first division.

The former Napoli and Barcelona forward is beginning a new job after four as manager.

That was his second team in the UAE, having spent a year at Al-Wasl.