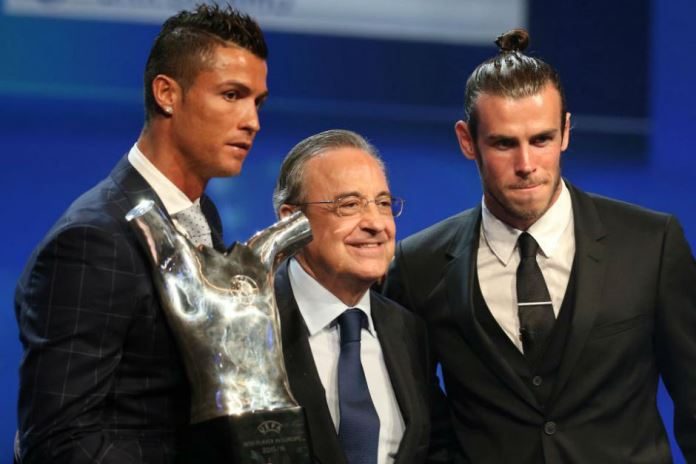 Ronaldo, 33, revealed he could leave the Bernabeu in the summer after nine trophy-laden years.

While two-goal hero Bale warned Real to play him or he’s off.

Los Blancos president Perez said: “Everyone has the right to speak, the important thing is the club and on a day like today, that we are all celebrating the Champions League.

“We always talk about him and then nothing happens, but I’m delighted that Cristiano has five European Cups like me.

Wales winger Bale, 28, scored one of the best goals in Champions League history to seal his fourth trophy in five years at the club.

Perez said: “Bale’s goal has been one of the best in the game clearly.

“I told him he played very well and he already knew.

“He’s one of the greatest players in the world and Benzema also, they’re phenomenal and have shown it.”

Perez added: “We have the best player in each position and as a result we are leading the world of football.

“We’ve won three in a row and four in five years and all the players are happy.

“I can’t ask for more but I don’t know if this can last for much longer.”