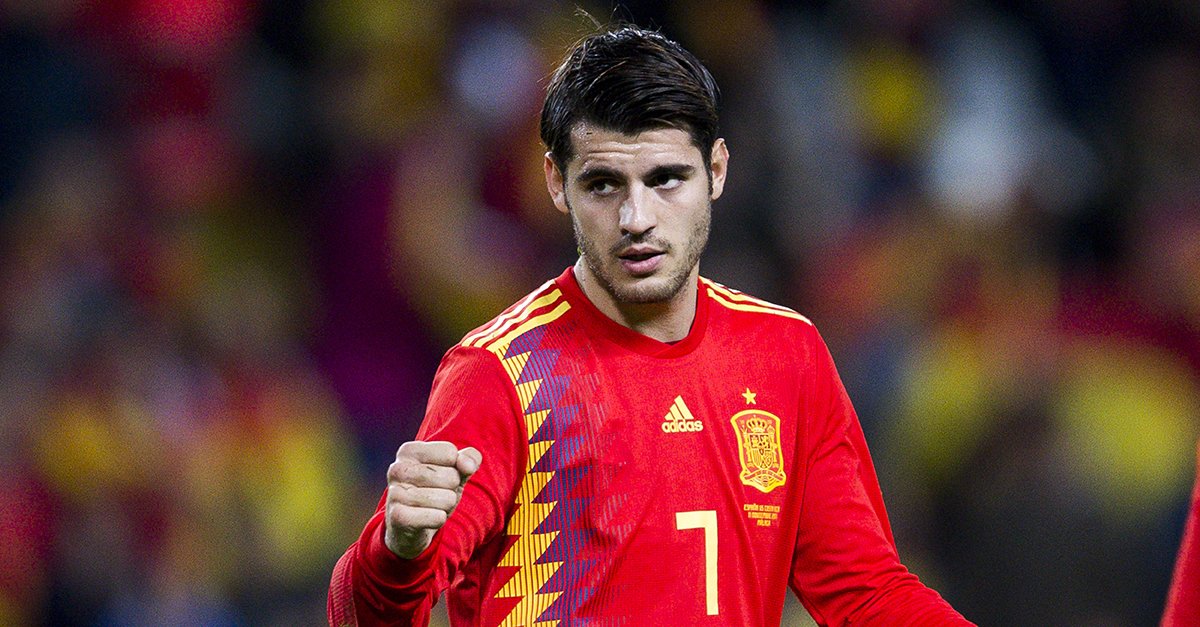 Alvaro Morata faces a major fight to rescue a place in the Spain squad at the World Cup in Russia this summer.

The Chelsea forward was keen to leave Real Madrid for the Premier League last summer in the expectation that a season of consistent game time would cement his World Cup chances as a Spain starter. However, a bright start at Chelsea has given way and now he is confronted by a serious challenge to make the squad altogether.

It is understood that Spain manager Julen Lopetegui is determined to include frontman Diego Costa and he has been impressed by the former Chelsea striker’s form since Costa began playing for Atletico Madrid in January following his acrimonious transfer.

Morata was an essential part of qualifying and scored during Spain’s 3-0 win over Italy in the autumn but Lopetegui also likes the versatility and all-round game offered by Iago Aspas and Lucas Vazquez.

Morata was left out of Spain’s squad for the fixtures against Germany and Argentina and Valencia forward Rodrigo Moreno started up front in the 1-1 draw against the Germans in Dusseldorf. Moreno was lively and scored the opening goal with a smart finish.

Morata, meanwhile, has fallen out of favour at Chelsea under Antonio Conte and did not start home or away in the Champions League against Barcelona, as the Italian coach preferred Olivier Giroud up front or Eden Hazard as a false nine.

Morata did, however, score his first goal of 2018 in the 2-1 FA Cup quarter-final win at Leicester and he now needs a big finish to the season to resuscitate his hopes.