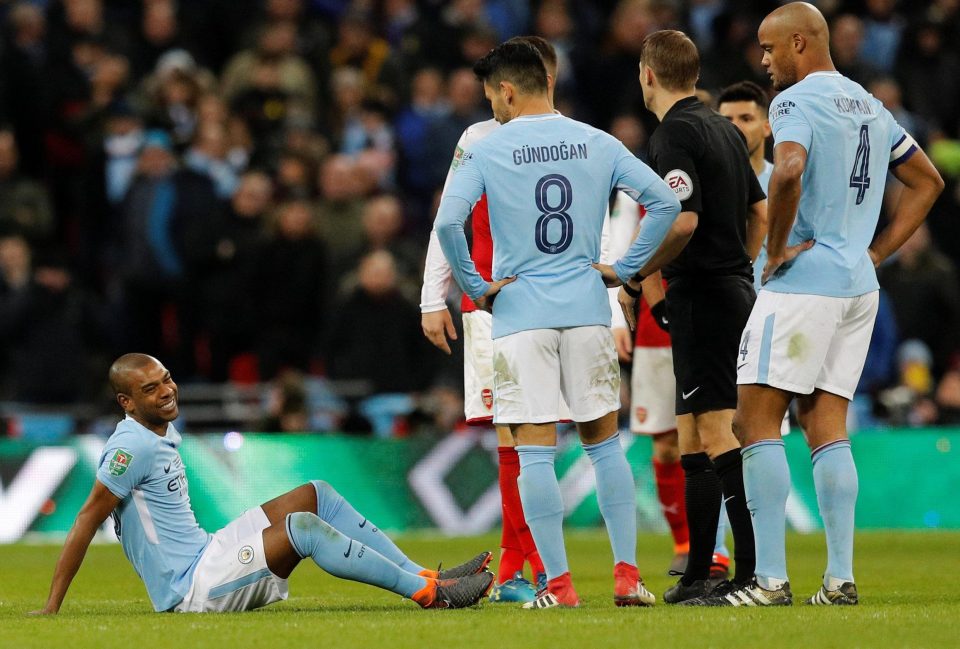 Fernandinho is out of Manchester City’s Premier League clash with Arsenal.

The midfielder has failed to recover from the hamstring strain that forced him off in the second half of Sunday’s Carabao Cup final win against the Gunners.

The 32-year-old has been an ever-present in Pep Guardiola’s set-up making 40 appearances this season as City romp towards the Premier League title.

City have said the initial prognosis on the Brazilian’s hamstring suggested the injury was not serious.

The club said on their website: “No timescale has yet been set for his return but the Premier League game against the Gunners on Thursday will come too soon.”

Guardiola will be forced to shuffle his pack at the Emirates on Thursday, in a repeat of Sunday’s Wembley showdown.

Ilkay Gundogan could drop back into the holding midfield role with David Silva and Kevin De Bruyne ahead of him.

Pep was boosted by the return of Leroy Sane and Gabriel Jesus on Sunday.

But Raheem Sterling is not expected to recover from his hamstring injury.

The England international faces a race against time to be available for Sunday’s clash at the Etihad against Chelsea.