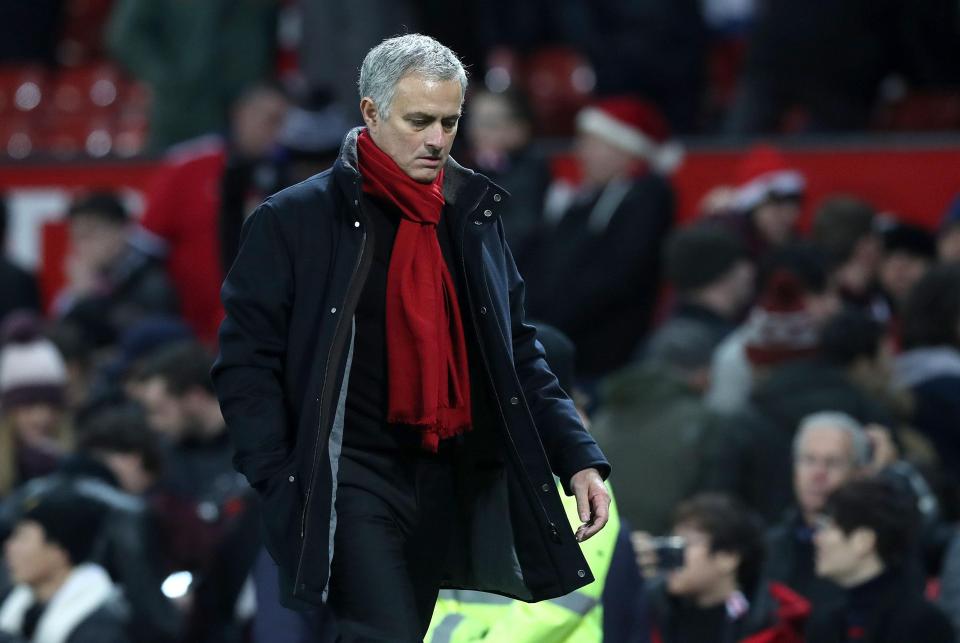 The 54-year-old insists the Red Devils are still in the rebuilding process after dropping more points in the Premier League.

The Red Devils could fall 15 points behind Premier League leaders City if the Citizens win at Newcastle on Wednesday evening, following a 2-2 draw with Burnley at Old Trafford.

Responding to a question that such a gap might be unacceptable for a club of  United’s stature, Mourinho said in his press conference: “One thing is a big club and another thing is a big football team. They are two different things.

“We are in the second year of trying to rebuild a football team that is not one of the best  teams in the world.

“Manchester City buy full-backs for the price of strikers. When you speak about big football clubs, you are speaking about the history of the club.”

United signed Romelu Lukaku from Everton in the summer for £75m and Paul Pogba last year for a world record £89m fee.

When it was pointed out United have spent heavily – roughly £300million – since Mourinho took charge in 2016, the Portuguese boss said: “OK, (but) it is not enough. The price for the big clubs is different than for the other clubs.

“The big historical clubs, they are normally punished in the market because of their history.”