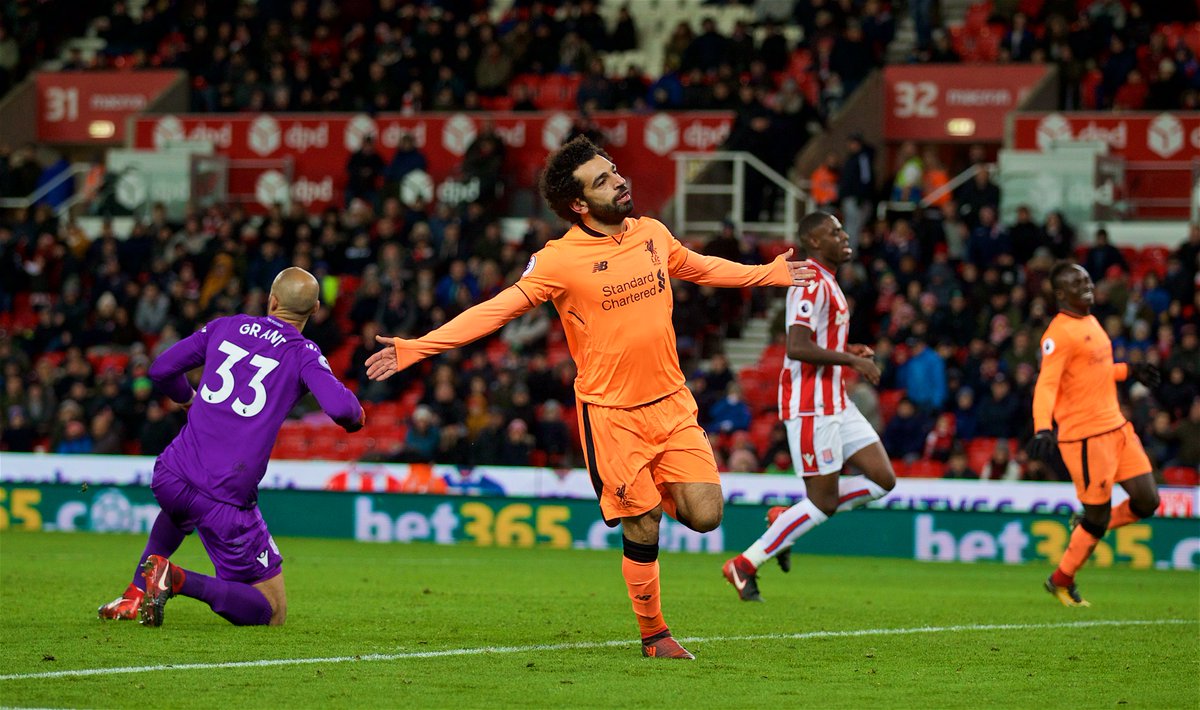 The Egyptian winger Mohamed Salah came off the bench and scored twice in Liverpool’s 3-0 away win over Stoke City in the Premier League on Wednesday.

The Senegal international Sadio Mane opened the scoring in the 17th minute to put Liverpool ahead in the first half.

In the 77th minute Mane did superbly to wriggle free and chip a cross back to Mohamed Salah, who had only just arrived as a substitute but continued his hot streak by thumping in a volley for his 16th goal of the season.

Salah then scored his 17th in with seven minutes left, nicking a long ball ahead of Erik Pieters and finishing coolly.

A big win, in the end, for Liverpool. The ability to introduce Mo Salah proved influential as he bagged two off the bench and save the Reds when they were looking vulnerable.

Stoke had the chances to equalise, and didn’t take them. Liverpool looked defensively suspect, but had the firepower to run away with it in the end.

They reclaim fifth place, and Tottenham drop down to seventh with Burnley winning.