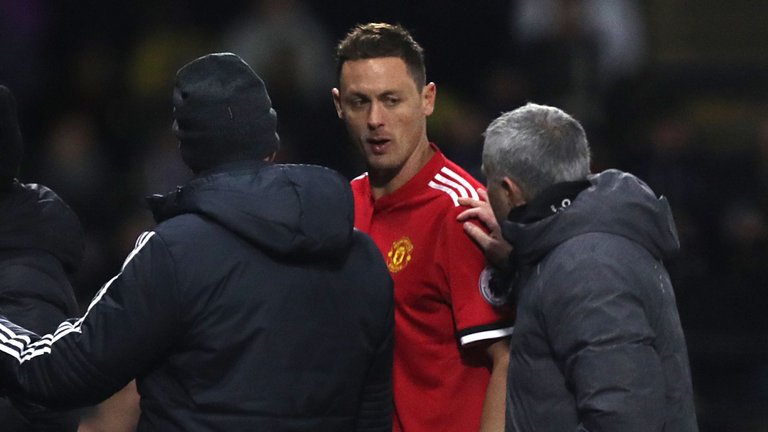 Midfielder Matic was substituted in the 54th minute at Vicarage Road with the visitors leading 3-0 in the Premier League clash, with Mourinho insisting his side “lost stability” after his departure.

Matic told Mourinho he needed to be taken off, something the manager believes could be telling of the severity of the injury, which will be assessed over the coming days.

“Matic is injured, I don’t know how badly,” said Mourinho. “For Matic to tell me he wants to be replaced, he does not do that if it is nothing important. It is muscular.

“We lost stability when Nemanja Matic had to come out but the important thing is the three points.”

After Ashley Young (2) and Anthony Martial had given United a 3-0 lead, Watford fought their way back into the game with two quickfire goals late on, only for Jesse Lingard’s superb solo strike to seal all three points.