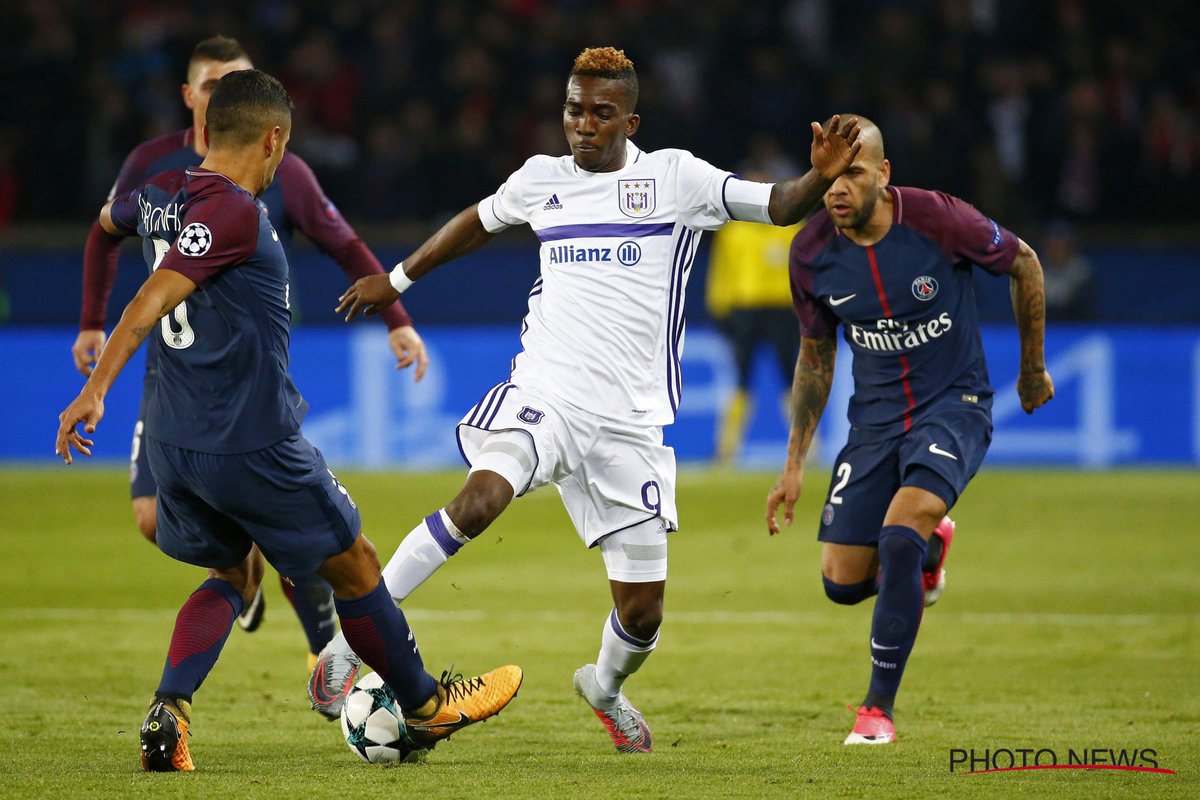 Nigeria striker Henry Onyekuru suffered another humiliating defeat to Paris Saint-Germain Football Club after his Anderlecht side lost 5-0 away to exit the UEFA Champions League with a horrible record.

The Belgians are at the bottom of the group B, having lost four games with only two games remaining.

Anderlecht are bottom of the group without a goal or a point from their opening four games – including a 4-0 home drubbing by PSG last time out.

The Ligue 1 giants’ new-look front line of Neymar, Kylian Mbappe and Edinson Cavani have dominated in Europe already this season, with PSG sitting top of Group B with maximum points and 17 unanswered goals from four games so far.

Goals from Marco Verratti, Neymar, and Layvin Kurzawa ( 52′, 72′, 78′) sealed th Paris Saint-Germain Football Club victory as they booked their spot in the UCL Round 16.

The Belgian side could not throw a spanner in the works to prove PSG’s attack is human after all.

Onyekuru started against PSG but there is little he could do as the hosts overpowered them. He played for 78 minutes and was replaced by Nicolae Stanciu.

PSG and Bayern Munich from group B will advance to UCL Round 16.

If Anderlecht finish third in the group, they will gain automatic entrance into the Uefa Europa League.