Victor Moses Steps Up His Recovery 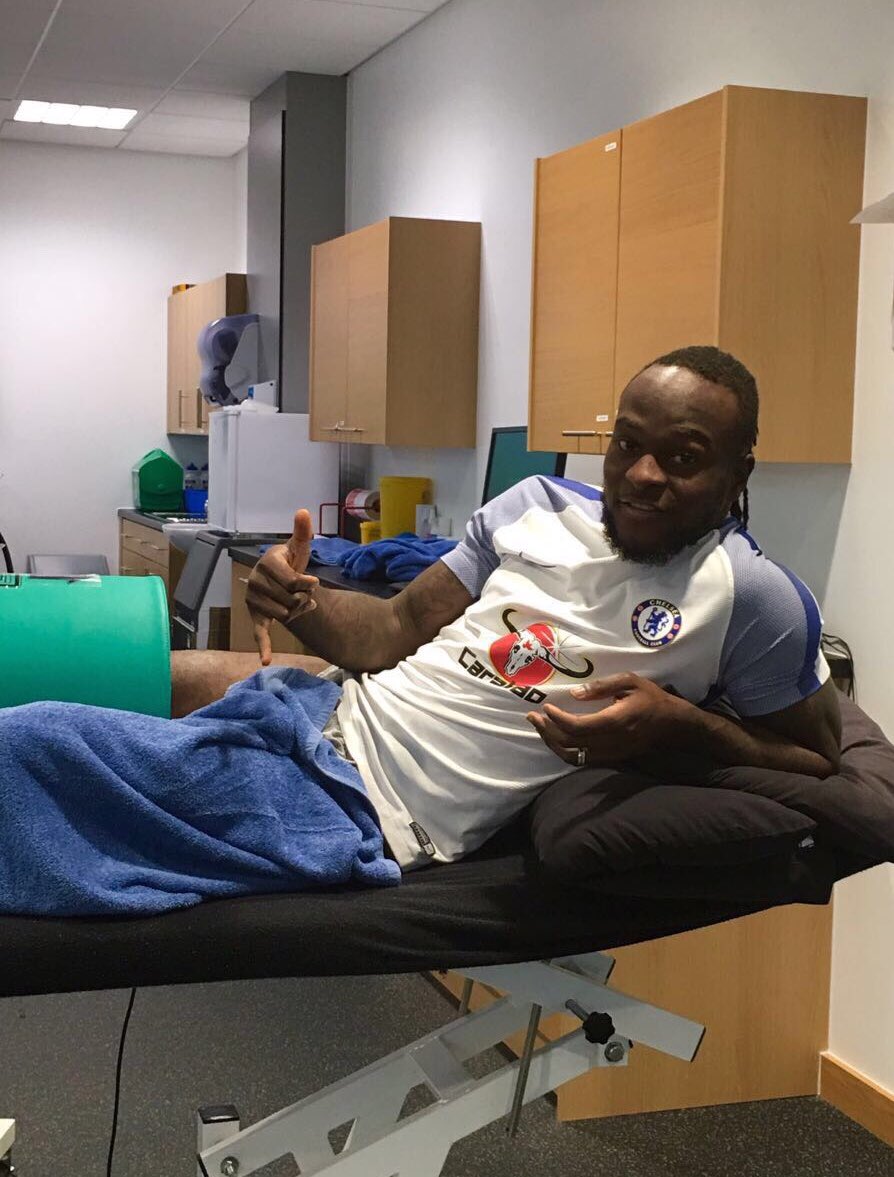 The Nigeria international Victor Moses has stepped up recovery in pool  after suffering from hamstring.
The 26-year-old posted a clip on his Twitter  as he went through some exercises in the swimming pool with the caption: ”Putting the work in will be back soon! #roadtorecovery.”
The club also used Twitter to issue an update on Moses.
Chelsea retwitted the player’s video alongside the words: ‘’As the Blues depart for Italy, Victor Moses is hard at work on his recovery at Cobham.”
The winger suffered a hamstring injury and hopes to be back in action very soon.