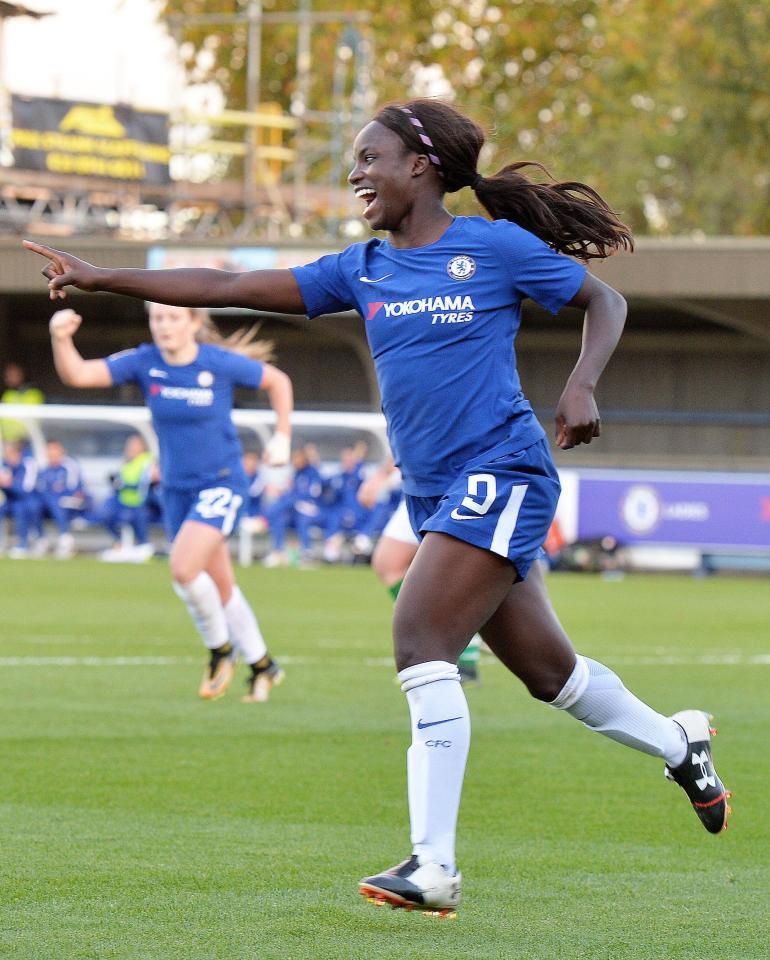 Nigeria-born Eniola Aluko scored twice in her first game back for Chelsea Ladies since she was pulled before a parliamentary committee.

The 30-year-old’s side remain top of the Women’s Super League One after netting six goals in a thrilling game against Yeovil Town.

She silenced her critics in style by scoring the last goal of the game from a volley, at home, which sees Chelsea retain their unbeaten run this season.

In the 69th minute, Aluko sent Yeovil home with a six goal deficit which leaves them bottom of the table in their goalless run.

The Chelsea forward achieved 102 caps for England but has not played since she outed Mark Sampson for bullying.

However, interim manager Mo Marley has not ruled out Aluko returning to the England fold and judging by today’s performance she is a player that could make a big difference on the international stage.

Despite the pressures from the drama that has unfolded in her personal life, Aluko was focused on her role in the game, she said: “It’s my job as a forward to make sure that we score goals, and we scored a lot from different positions today, so that’s good as well.

“You can always have room to improve, but you’re not going to score every time, not even Lionel Messi scores every shot, so we’re not going to beat ourselves up too much about that.”

Aluko was evidently delighted with both the performance and the goal difference, which has been a deciding factor in the league in previous years,  she said:  “It was really great, we wanted it to be a professional, clinical, decisive performance, and keep a clean sheet.”

The talented player accused the FA of attempting to silence her, in behaviour that bordered on blackmail, after she spoke out about Mark Sampson’s behaviour and remarks.