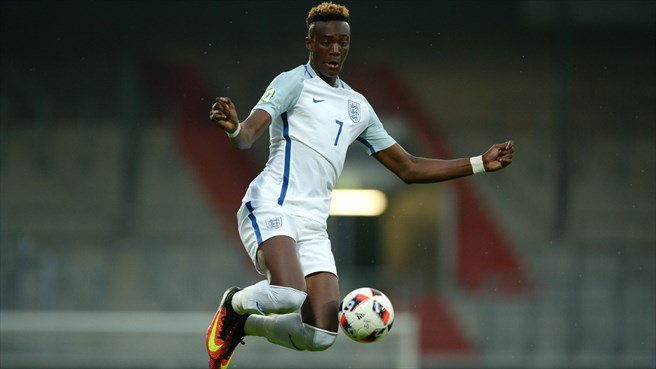 Tammy Abraham has been named in the England U21 squad after rejecting reports from last week that he wanted to start representing Nigeria at international level.
Manager Aidy Boothroyd has named a 24-man squad for their European qualifiers against Scotland and Andorra, which includes Abraham who is eligible to play for Nigeria through his father.
The Chelsea striker, who is currently on loan at Swansea, confirmed he held talks with Nigerian Football Federation president Amaju Pinnick earlier this month, but has since released a statement confirming his commitment to England.