Mikel Obi, Frank Acheampong Shine In Tianjin Teda 3-1 Victory As They Continue To Move Away From Relegation Zone 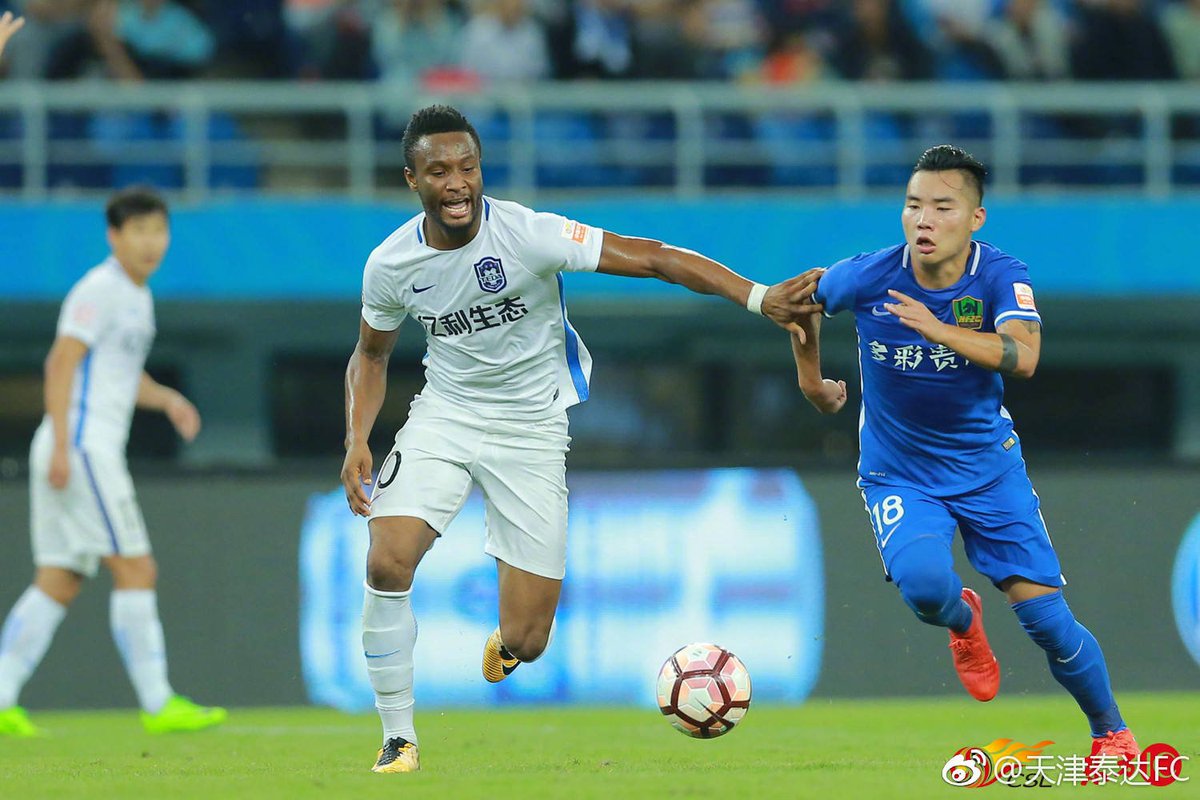 Frank Acheampong and Mikel Obi put up impressive displays to help Tianjin Teda to a 3-1 victory over Guizhou Zhicheng on Wednesday.
The Ghana international scored Acheampong a goal while Nigeria captain, Mikel delivered an assist that helped kill off any intention of a comeback from Gregorio Manzano’s men.

Tianjin Teda have reason to smile yesterday as they continue to move away from relegation zone.

Teda sit 14th while Zhicheng 7th in the table.