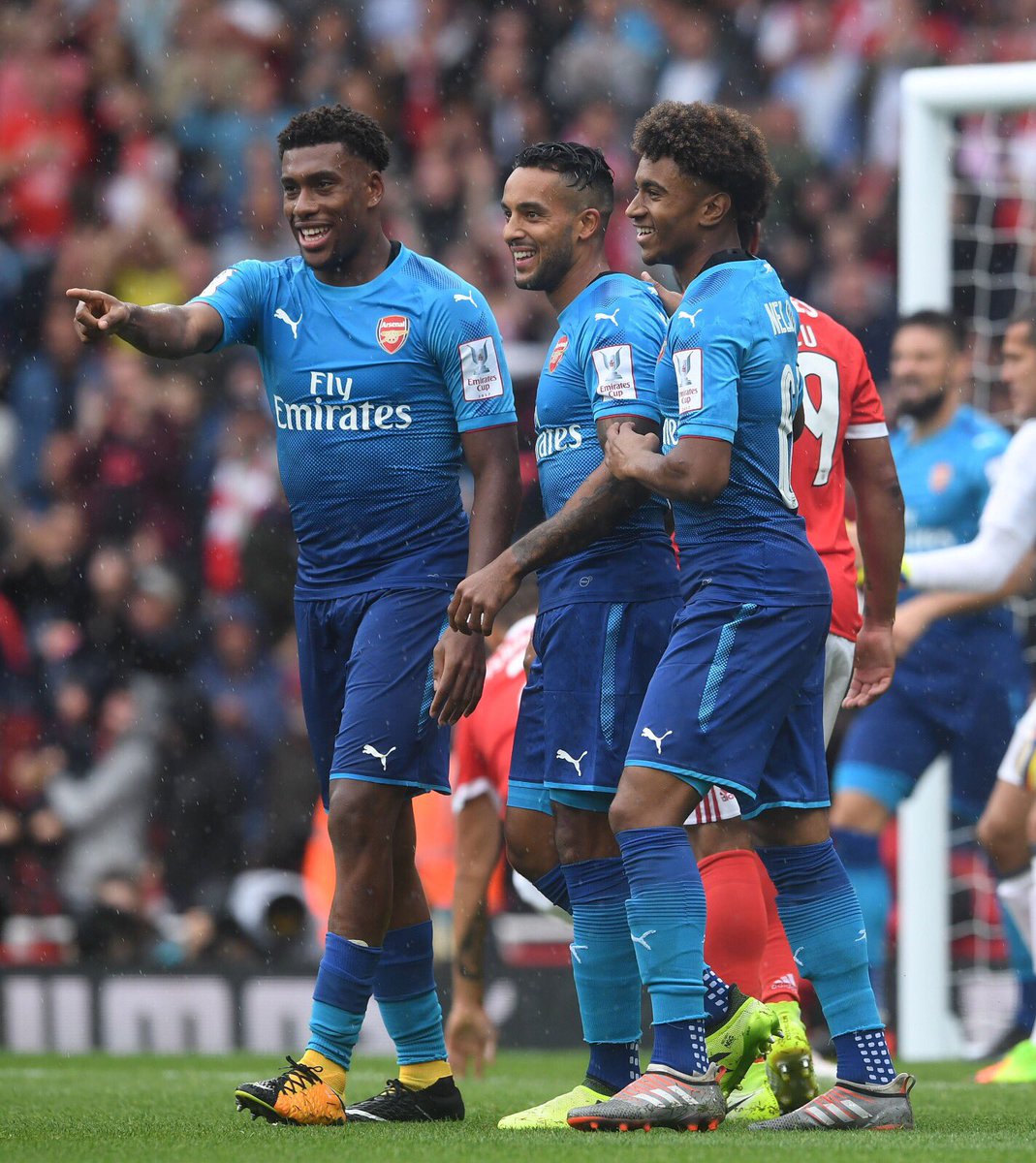 The Nigeria international Alex Iwobi is over the moon following his side 5 -2 victory over Benfica  in their opening match of the Emirates Cup on Saturday.


Arsenal forward Iwobi who has scored 2 goals this pre-season netted Arsenal 5th goal in the 70th minute to seal his side’s victory over Benfica.
The striker took to his twitter handle to show his delight and posted the above picture with a caption: ”Good Day At The Office!! Win

Another Step Closer To The Season…#COYG #BIG17.”

Alex who had a drought season last season is looking forward to a great season which is almost here.