ENYEAMA RULED OUT FOR THE SEASON 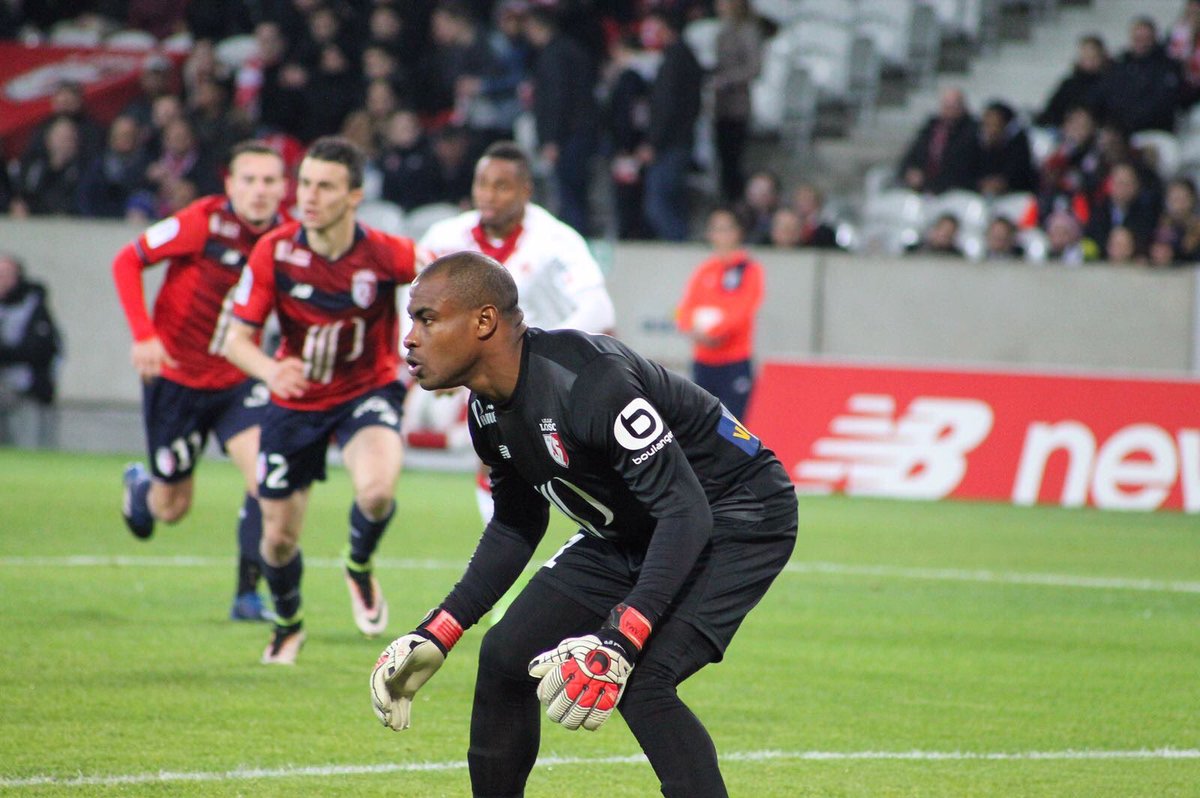 The Nigeria international Vincent Enyeama has been ruled out for the rest of the season, according to the goalkeeper’s French club Lille.
Enyeama has been in great form this season, and talk of a return to international football has been making the rounds in the local media following his decision to hang up his gloves and concentrate on club football last year.
The 34-year old Enyeama was injured in Lille’s 0-2 defeat to Rennes at Roazhon Park on 15 April, with Mike Maignan taking his place in the 65th minute.
Speaking at a press conference on Wednesday ahead of Lille’s Ligue 1 clash with Montpellier at the weekend, interim manager of the club, Franck Passi explained that the Nigerian goalkeeper will undergo knee surgery that could rule him out for the rest of the season.
“Vincent Enyeama will be having surgery next week and he will not be able to play (again) until the end of the season.
“This is because the period for recovery will be for about three weeks or upwards.
“Enyeama’s knee is swollen so he has to go for a scan and from there we will know what the best form of treatment will be.
“But I don’t think he will play again this season,” he said.
Enyeama has played 32 league matches for Lille this season as opposed to the 35 appearances he made for Les Douges last term in Ligue 1.