Watford have confirmed the sale of Odion Ighalo to Changchun Yatai.
Watford accepted a fee in the region of £20 million from Changchun Yatai and Ighalo, 27, has now agreed to the move despite interest from other Premier League clubs.
West Bromwich Albion and Crystal Palace have shown an interest in the Nigeria international, but Watford were keen to sell to China rather than a domestic rival. 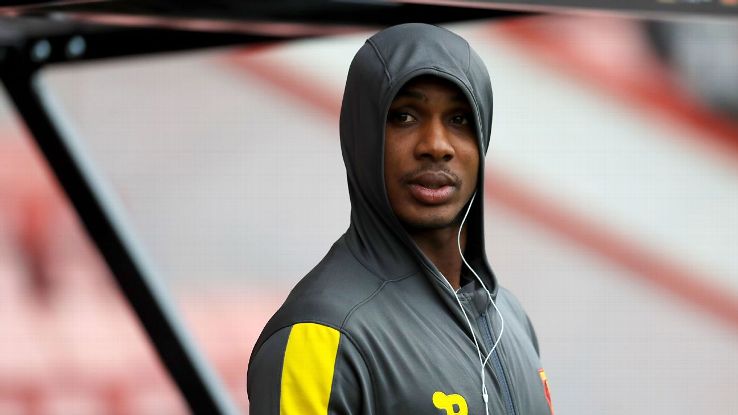 Ighalo has struggled to recapture his form at Watford this season after scoring 17 goals in his debut Premier League campaign last term.
Watford are happy to cash in on Ighalo having brought in Mauro Zarate from Fiorentina on a permanent deal and M’Baye Niang on loan from AC Milan.