LIVERPOOL 1 – 1 CHELSEA: WIJNALDUM SCORES AND MIGNOLET SAVES COSTA’S PENALTY TO HELP LIVERPOOL GET A POINT AGAINST THE EPL LEADER 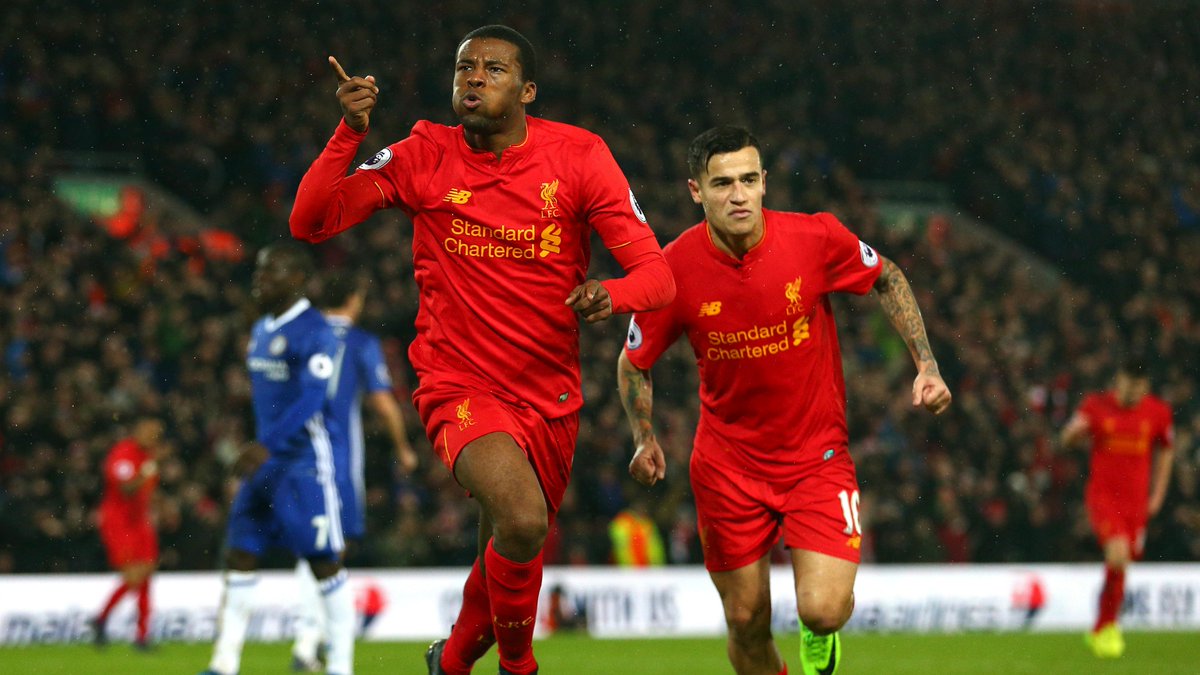 David Luiz opened the scoring to get his first goal since returning to Blues while.

Mignolet saved the day as he denies Costa from the penalty spot.

But there is only one side smiling inside the top four this evening, and it’s the team on top of the pile.
Chelsea could have ended the evening with just a five-point lead but it increases slightly to ten in front of Tottenham Hotspur who go above Arsenal on goal difference following the Gunners shock loss by Watford. 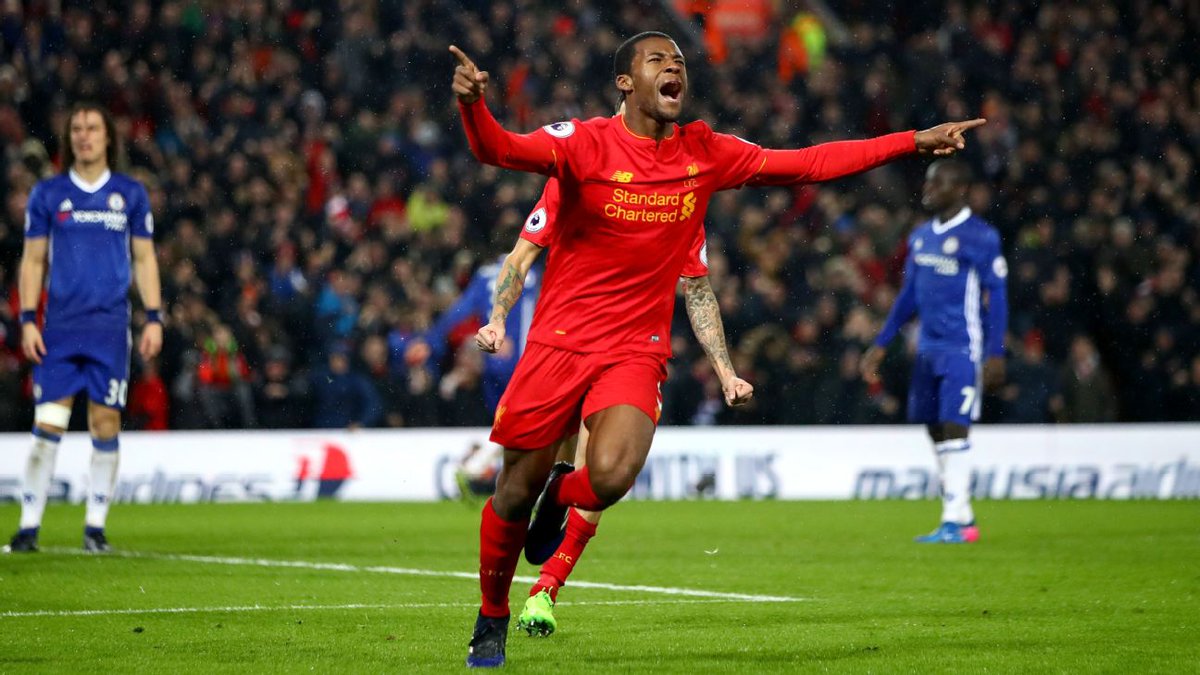