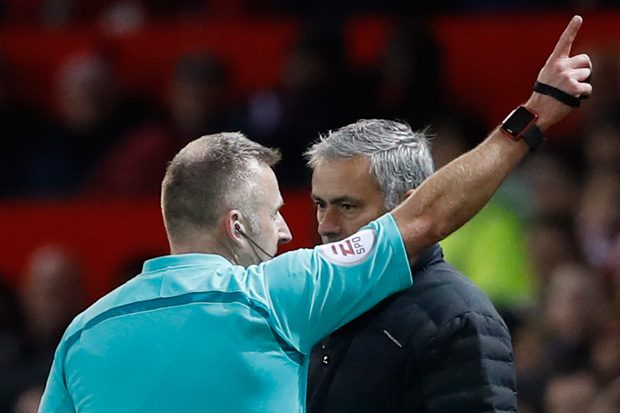 Jose Mourinho has been given a one-game touchline ban – which he will serve tonight against West Ham in the EFL Cup.
Manchester United boss was charged by the FA after he was sent to the stands during Sunday’s 1-1 league draw with the Hammers for kicking a water bottle in disgust. 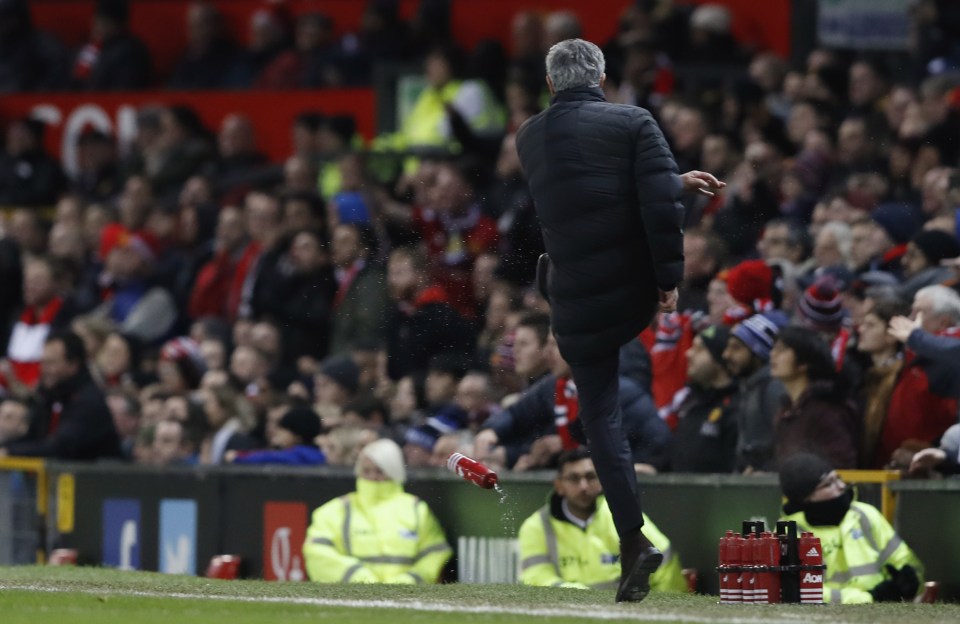 Portuguese Mourinho reacted furiously when Paul Pogba was cautioned for diving, having sent off by ref Jonathan Moss – before being handed a misconduct charge.
He was expected to be in the stands rather than the touchline for Sunday’s trip to Everton, having been given until Thursday to respond.