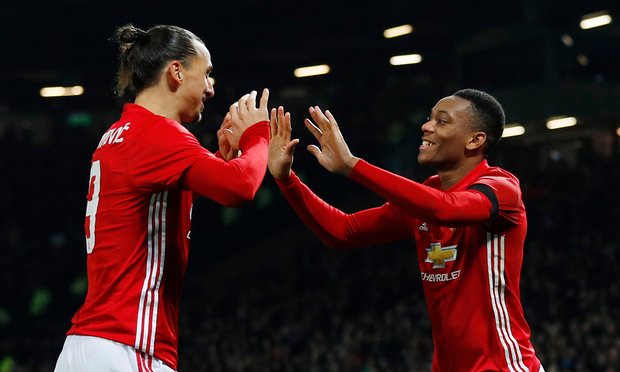 Manchester United will play Hull in the semi-finals of the EFL Cup, while Liverpool will take on Southampton.
United, who beat West Ham 4-1 in the last eight, will play the first leg of their semi-final at Old Trafford.
Southampton, comfortable winners over Arsenal on Wednesday, will host in-form Liverpool at St Mary’s before the return leg at Anfield.
The two-legged semi-final ties will be played in the weeks commencing 9 and 23 January 2017.
Liverpool, winners of the competition a record eight times and finalists in 2016, saw off Leeds on Tuesday with a 2-0 win at Anfield.
Hull, who reached the FA Cup final in 2014, needed penalties to overcomeChampionship leaders Newcastle on Tuesday.
United manager Jose Mourinho said his team would forget about the semi-finals until the new year.
“The two legs take a little bit of emotion out of the draw, because the situation of playing away or home doesn’t exist anymore,” said the Portuguese.
“I’m sure City have an amazing memory from Wembley and I’m sure they’ll try everything to be there again.
“Manchester United were at Wembley last season. It’s January so now we forget this semi-final, but hopefully we can reach the final.”