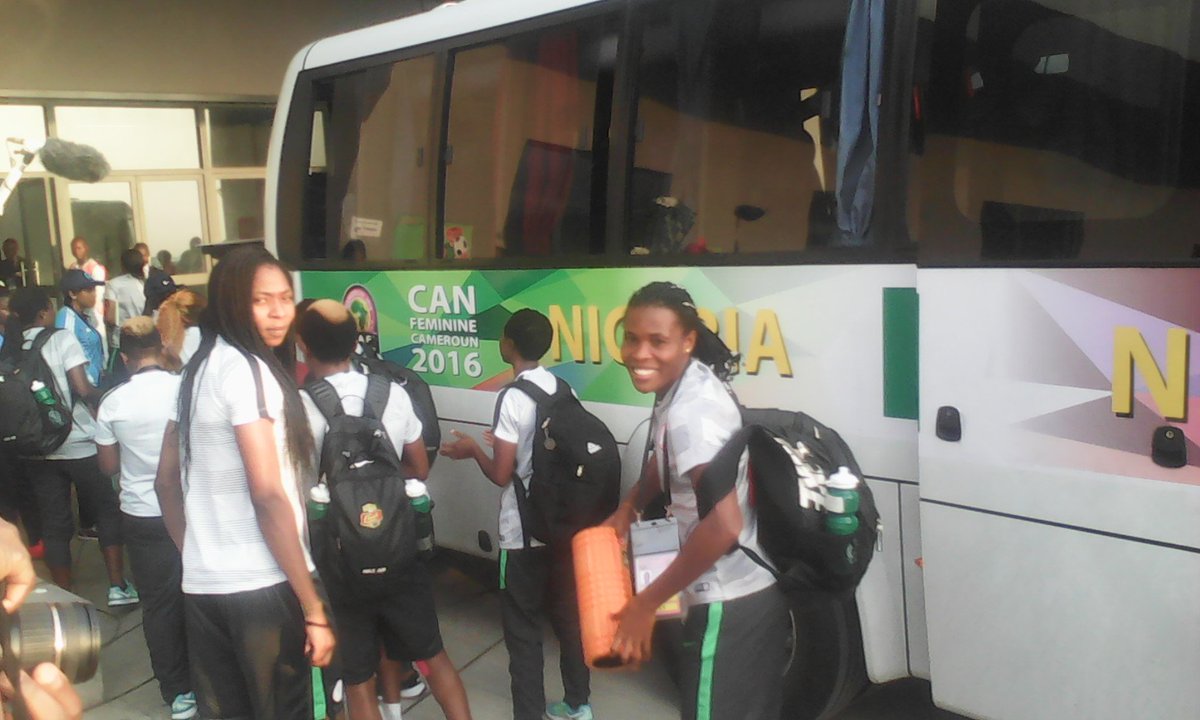 Super Falcons players and officials have arrived in Yaounde, Cameroon for this weekend 2016 Africa Women’s Cup of Nations (AWCON) final.
Florence Omagbemi’s team landed in the capital of the hosts country four days to the 10th AWCON final against Cameroon after a slim 1-0 win over South Africa in Limbe on Tuesday night.
The team expected to fly in from Douala to Yaounde after about two hours road trip from Limbe to Douala airport, departed the airport in batches after the Local Organising Committee (LOC) abandoned the coaches and players forabout six hours.
“Honestly, it was a terrible experience and we are disappointed. The environment was hostile and the LOC mapped out plans to frustrate us,” the team official divulged to the media on arrival in Yaounde.
“They communicated our schedule to us which stated departure for 9am from Douala airport, we left Limbe at 5.30am and the players couldn’t sleep after a stressful match-day.
“They abandoned us at the airport and we waited for about six hours before the first batch could travel by air. The most shocking moment was how hostile the Cameroonians were at the airport.
“The second batch later travelled by road after a technical issue with the aircraft, we boarded and the flight started smoking. We have to run for our lives and travelled by road to Yaounde, we are disappointed.
“Nigerians shouldn’t panic, we are aware of the antics and the plans to frustrate the group. However, this is the moment we need our High Commission and the Federation to give us adequate support. It will be a collective effort to conquer the hosts and we are determineto win,” the source added.
The players rested today (Wednesday) after a stressful day. Training resumes for the final game tomorrow (Thursday). CAF have announced 3.30pm as kickoff time for the final game on Saturday.